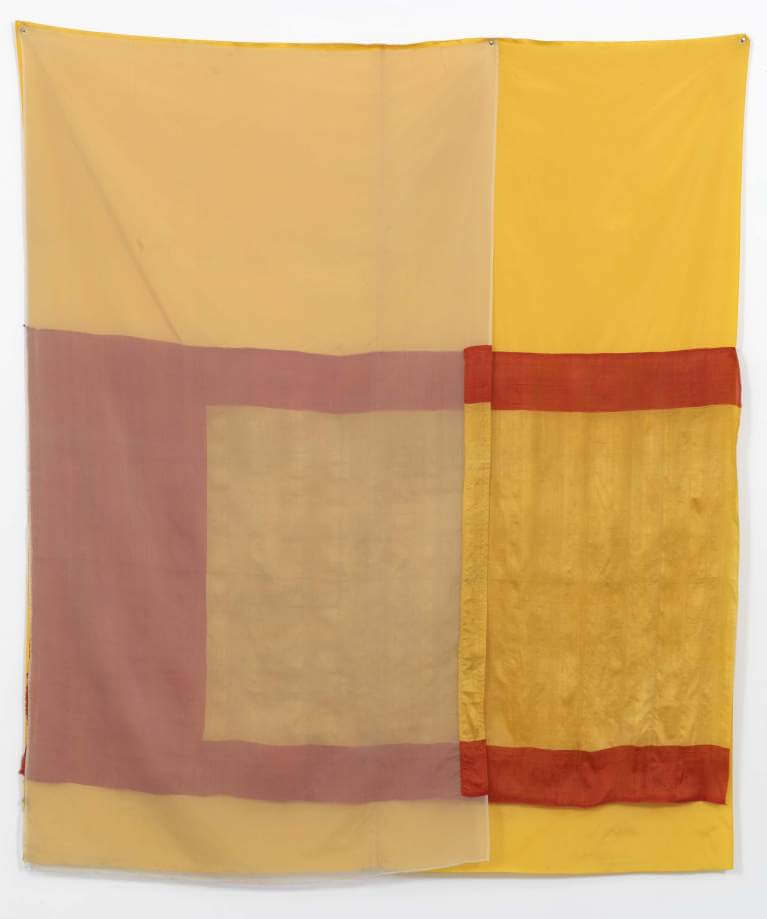 Rauschenberg began the Jammer series in fall 1975, following a trip he had made the previous spring to Ahmadabad, India, a center of textile production. Bringing fabrics back to his studio in Captiva, Florida, the artist remarked on the beauty and luxury of the textiles and the sumptuousness of the colors, which appeared in marked contrast to the hardships he had observed in India: “the cruel combination of disease and starvation and poverty and mud and sand and yet it was all punctuated with maybe just that one piece of beautiful silk.” Mirage (1975), characteristic of the series, is made from sewn fabric; brightly colored and translucent silk, devoid of imagery that is loosely tacked to the wall, allowing gravity to determine its precise disposition. The name of the series is derived from “windjammer,” a type of sailboat, and the name “mirage” has a watery association. Mirage, referring to an optical illusion often perceived at sea, captures the fleeting sensibility of the piece. 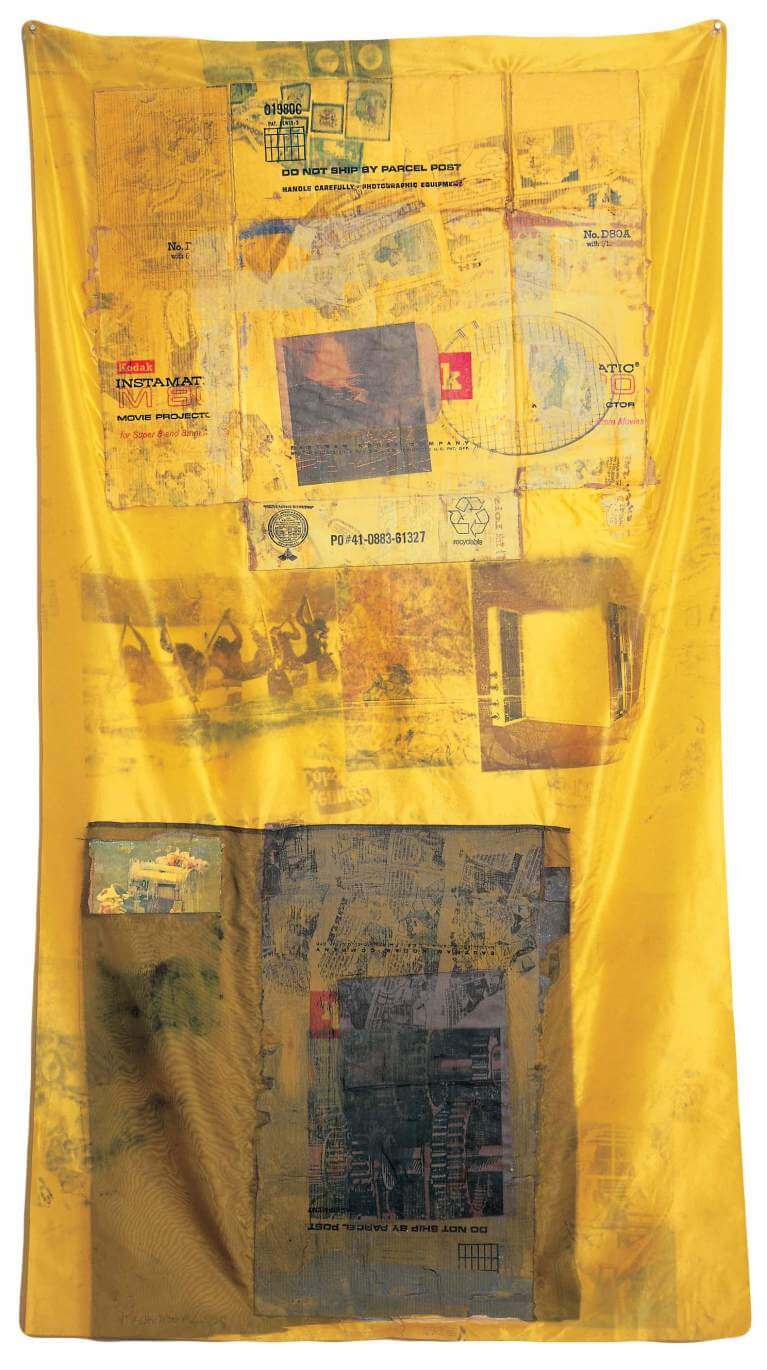 Hoarfrost (1974–76) is also a fabric series that precedes and then coincides with the Jammers. The Hoarfrosts were inspired by a bolt of silk given to Rauschenberg by the artist James Rosenquist as a birthday gift. Unlike the Jammers, however, the Hoarfrosts include transferred imagery. 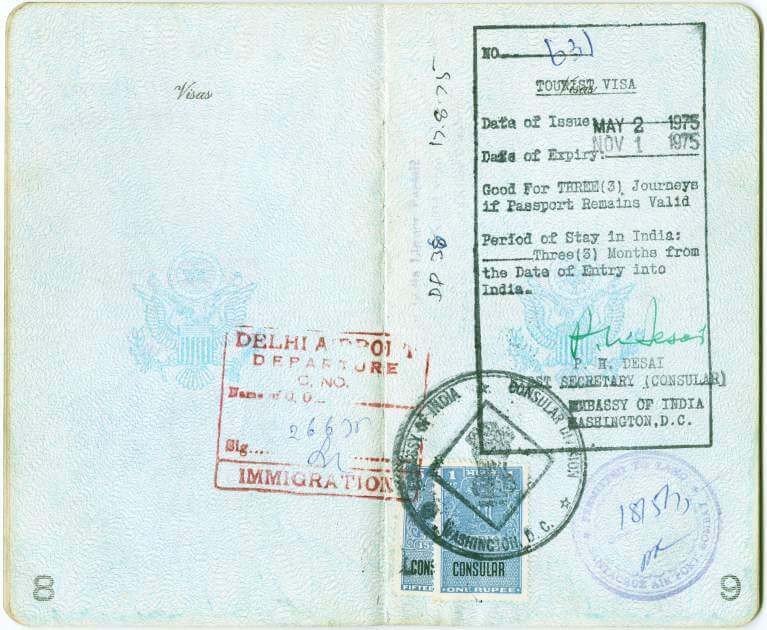 Rauschenberg’s U.S. passport issued on July 27, 1973, with an expiration date of July 26, 1978. Includes stamps  and visas from his travels to France, India, Sweden, and the U.K. Creator: U.S. Department of State

Rauschenberg’s visa for his trip to India—where he bought the fabrics for his Jammer series—was issued on May 2, 1975. Arriving in Ahmadabad on May 18, the artist had visited the city eleven years earlier in October 1964, during his world tour with the Merce Cunningham Dance Company. 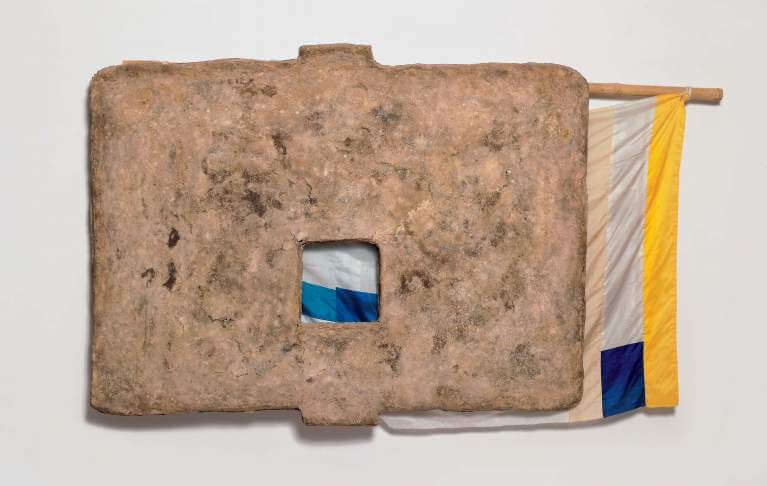 The purpose of Rauschenberg’s trip to Ahmadabad, India, in 1975, which would prove to be significant for the development of the Jammers, was to collaborate with papermakers at the ashram founded by Mahatma Gandhi. Rauschenberg had been invited to work on the project by an Indian family, the Sarabhais, whom he had met while touring India with Cunningham eleven years earlier. Rauschenberg was accompanied on this trip by his son Christopher, two studio assistants, and a small team from Gemini G.E.L., Los Angeles, where eventually the Bones and Unions series were published. The Bones and Unions are made from handmade paper, rag mud, fabric, and bamboo. 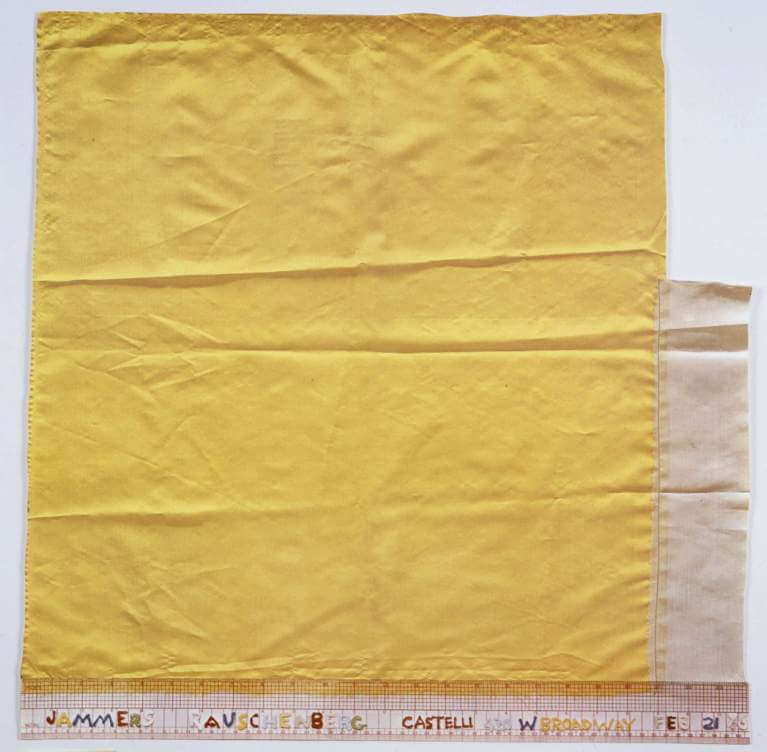 This exhibition poster was designed by the artist for the first presentation of the Jammers held at the Leo Castelli Gallery in New York from February 21 to March 13, 1976. In the same year works from the series were exhibited at the Ace Gallery, Los Angeles, and the Ace Gallery, Vancouver. 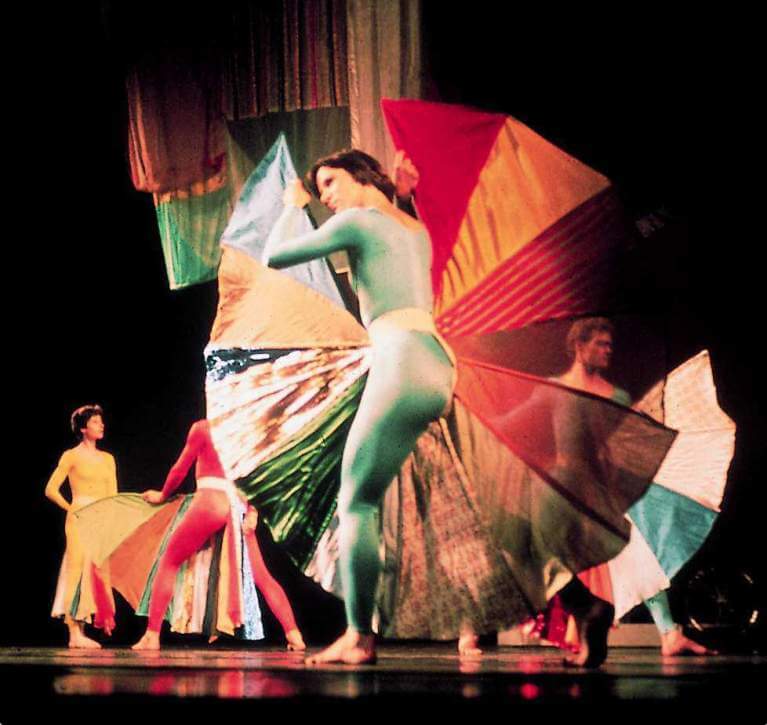 Cunningham provided Rauschenberg with little information regarding the dance, only letting him know that the dancers “were going to travel around the stage at different points and in different ways.” The soundtrack, entitled “Telephones and Birds,” which was composed by Cage and not previously known to the dancers, consisted of telephone recordings and Australian bird calls. 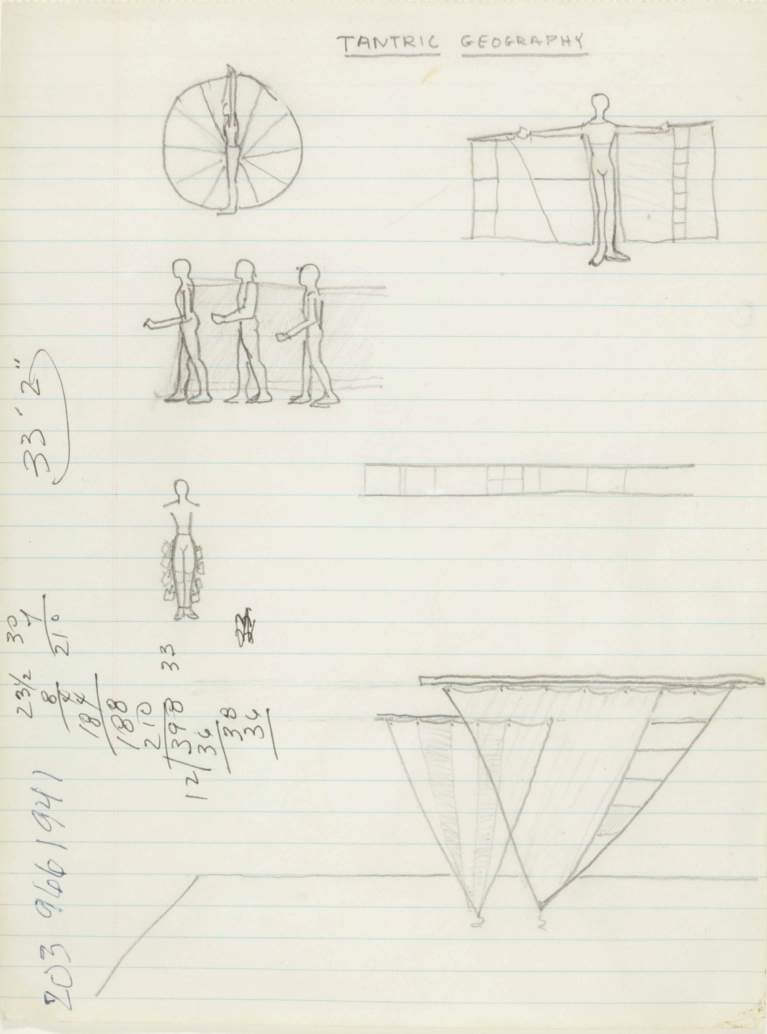 Rauschenberg’s sketch for the set design of the performance Travelogue (entitled Study for Travelogue Tantric Geography [1976]) renders the dancers with fabric props and a stage set. The phrase “Tantric Geography,” written at the top of the sketch, is the title Rauschenberg gave to his set design. In addition to the Jammer-inspired fabric hangings, the set included a row of chairs with an upturned bicycle wheel affixed to the top of each chair. 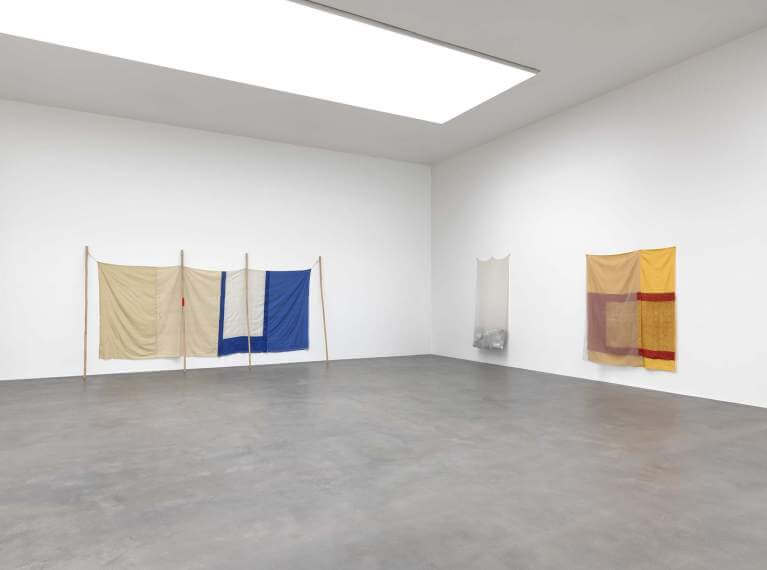 The Jammers presentation at Gagosian Gallery on Britannia Street in London from February 16–March 28, 2013 is the first exhibition in Europe dedicated exclusively to this series since the mid-1970s.