This is a series of modular canvases, painted entirely white, which reflect changes in light and the chance effects of shadows in the surrounding space. Rauschenberg first made these conceptual works in 1951 in six variations: one-, two-, three-, four-, five-, and seven-panel. Rauschenberg recycled several of the original canvases into other artworks. Intended to have pristine, smooth surfaces unmarred by handling, the paintings were refabricated by then studio assistant Brice Marden for an exhibition dedicated to the White Paintings at Castelli Gallery, New York, in 1968. All but the five-panel were remade. One or more White Paintings were hung as set décor for John Cage’s Theater Piece No. 1 (often considered the first Happening) at Black Mountain College in 1951. Cage attributed these works as being the inspiration for his signature “silent” composition 4'33" (1952). 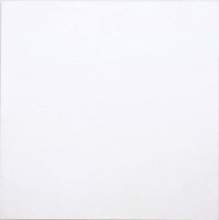 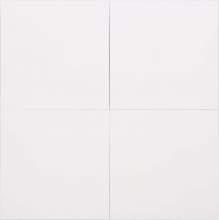 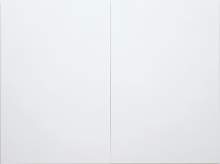