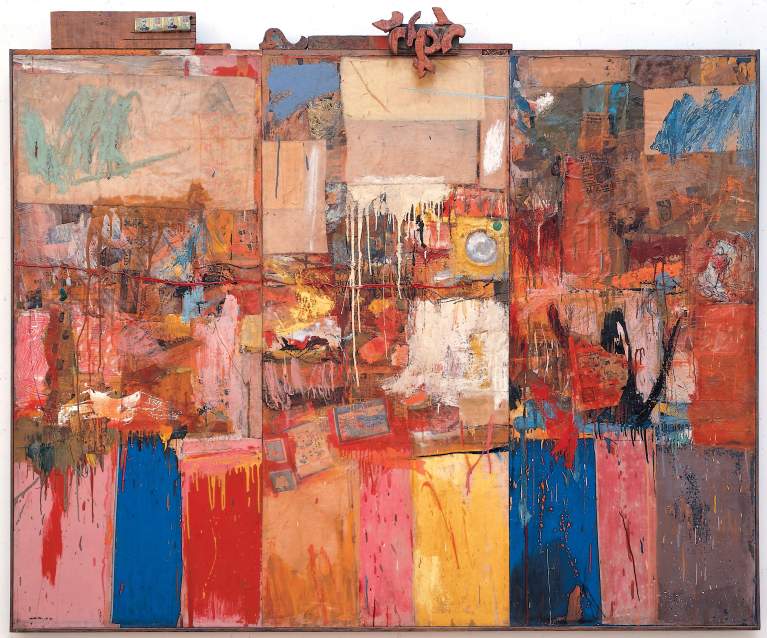 From Red Paintings to Combines

Immediately on the heels of the black paintings, Rauschenberg began work on the Red Paintings in fall 1953. Like the black paintings, the later works are painted over a ground of newspaper and fabric. The spirit of the newer works, however, is far more exuberant; red dominates the palette and the array of collage elements is expanded, often including comic strips and brightly patterned fabrics. Inspired by Abstract Expressionism, Rauschenberg’s paint application within individual Red Paintings is highly gestural and varied. The series culminated in summer 1954 when found objects and images, ranging from mirrors, lightbulbs, umbrellas, and fine art reproductions are regularly incorporated into the picture surface.

There is no clear delineation between the end of the Red Paintings and the beginning of the Combines. Artworks considered among the first Combines, including Untitled (54.021), Collection (54.001), and Charlene (54.009), date to summer 1954 and are still largely red in color. As the term “combine” implies, distinctions between painting and sculpture have all but disappeared in this series. When the Red Paintings and Combines were first exhibited in December 1954 at the Egan Gallery, New York, where many of the Abstract Expressionist artists were represented, the critical reception was largely negative. It was art critic Frank O’Hara, writing for Artnews, who recognized “a big talent at play”; realizing a significant departure from the earlier generation of painters, O’Hara described Rauschenberg as the enfant terrible of the New York School. 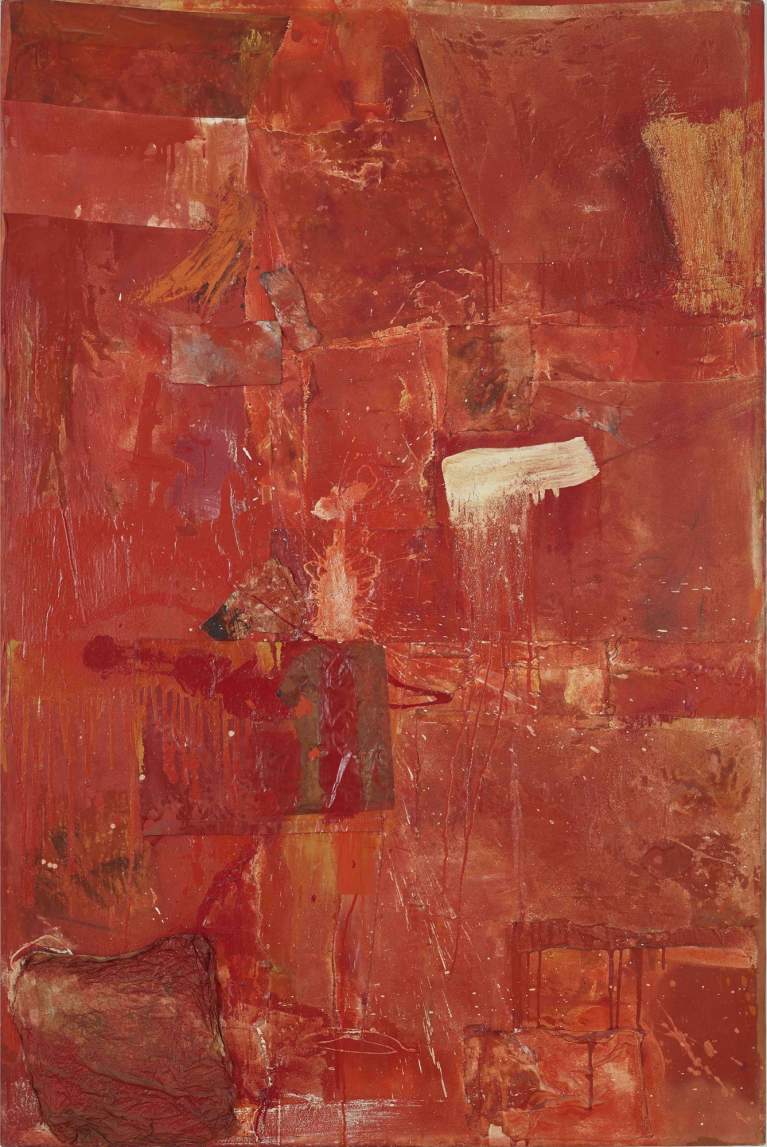 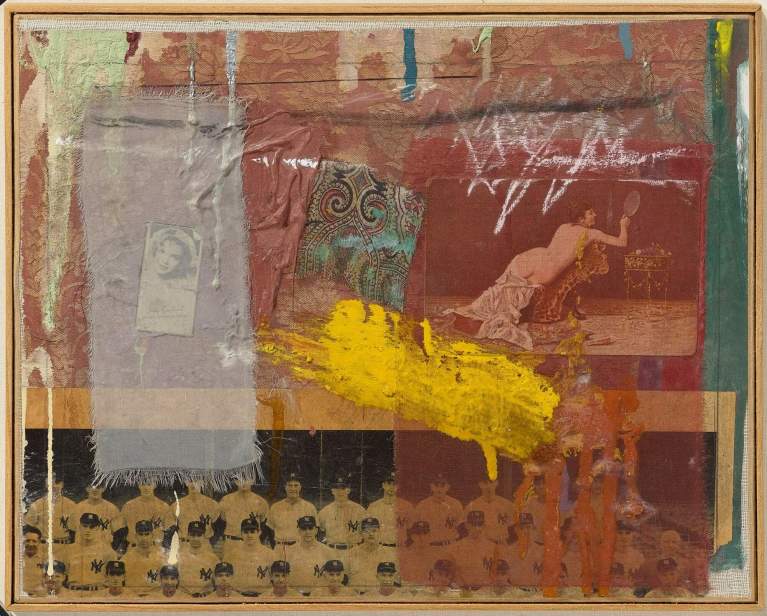