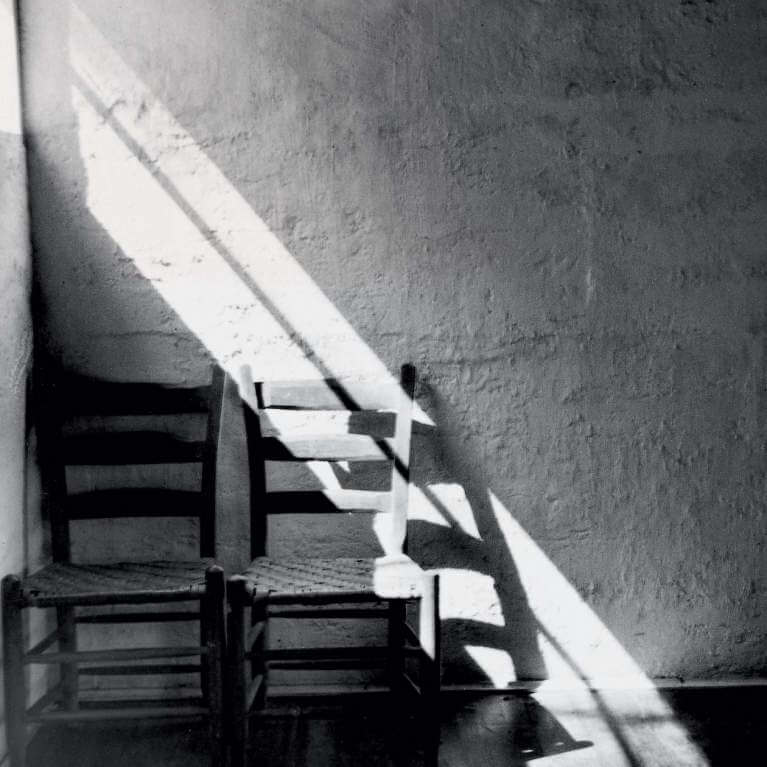 Beginning in 1948, Rauschenberg attended Black Mountain College near Asheville, North Carolina. His work at Black Mountain reveals many of the principal themes that recur throughout his oeuvre: sequences and progressions through time, grid formats, doubling and mirroring, and a sense of the human scale. During these formative years Rauschenberg used a wide range of art-making mediums, including printmaking, painting, photography, drawing (both conventional and experimental techniques), and sculpture. As would become his hallmark, he often used them in combination, blurring conventional distinctions between artistic categories. Collaboration with other artists would also remain an impetus throughout his career, and his early work with composer John Cage and dancer/choreographer Merce Cunningham inspired him to engage in conceptual modes and performance.

Having settled in New York in fall 1949, Rauschenberg was introduced to the work of the Abstract Expressionists and began to incorporate their free brushwork into his own paintings. In the art made both at Black Mountain College and in New York between 1951 and 1953, Rauschenberg expanded on the abstract idiom with the inclusion of recognizable images and materials taken from his immediate environment. He impressed pebbles into the dark pigment of his Night Blooming paintings (1951); the uninflected White Paintings (1951) became screens for light and shadow, responding to the conditions around them; and newspaper collage formed the ground of the series of black paintings (1951–53).

Rauschenberg’s collages and sculptures made in 1952–53 while traveling with artist Cy Twombly in Europe and North Africa, introduce his method of combining disparate subjects and contain many of his enduring motifs: body parts, modes of transportation, fine art reproductions, lettering, and diagrams. The small, fetishistic assemblages made in Italy from found materials, as well as the Elemental Sculptures and the Red Paintings begun on his return to New York in 1953, were laboratories for the later Combines. 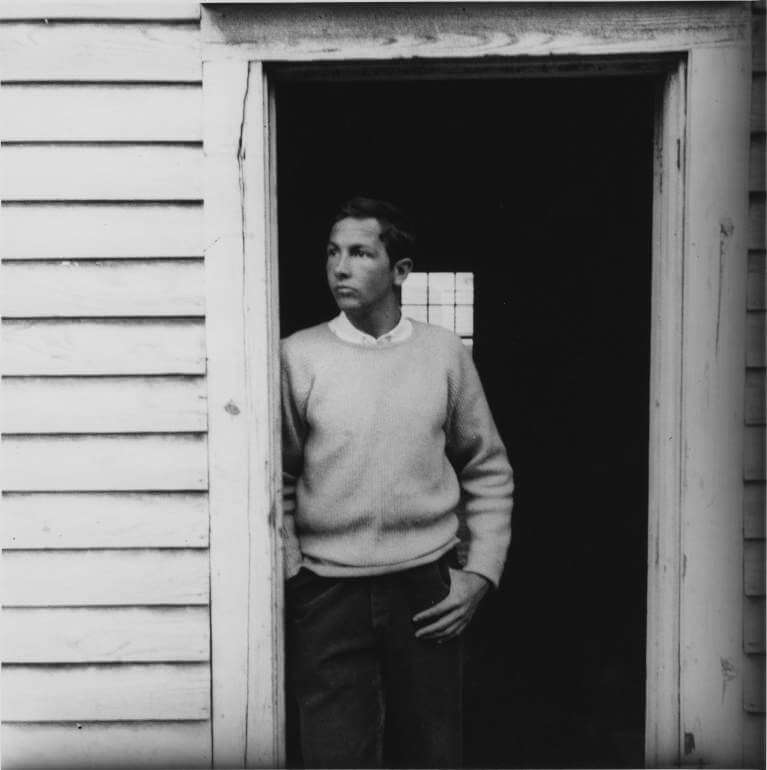 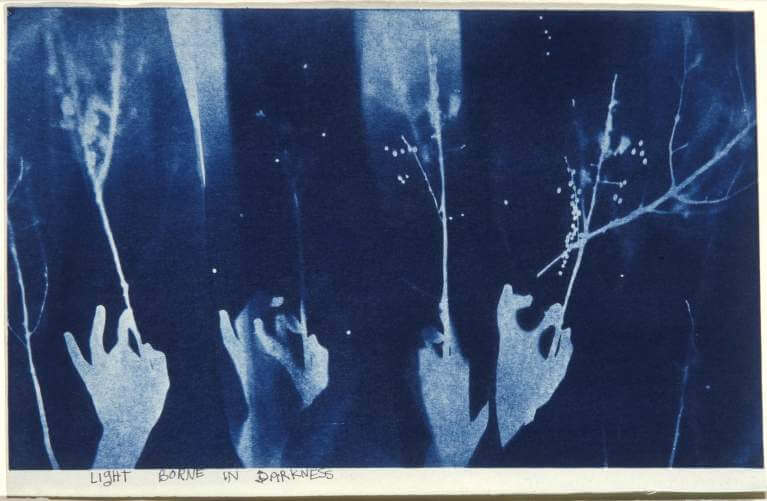 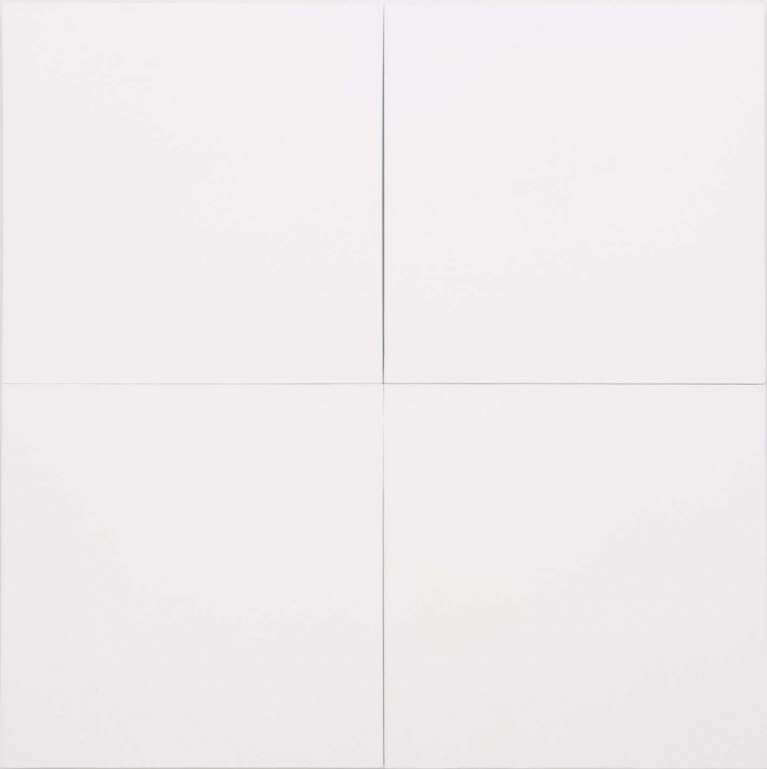 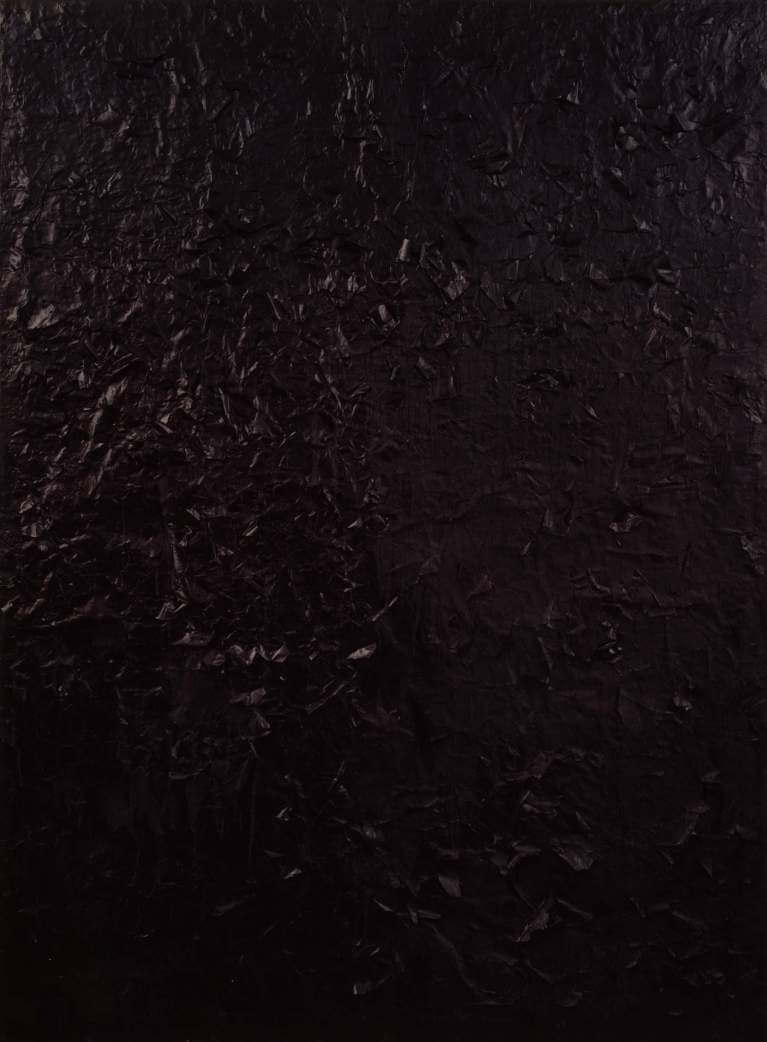 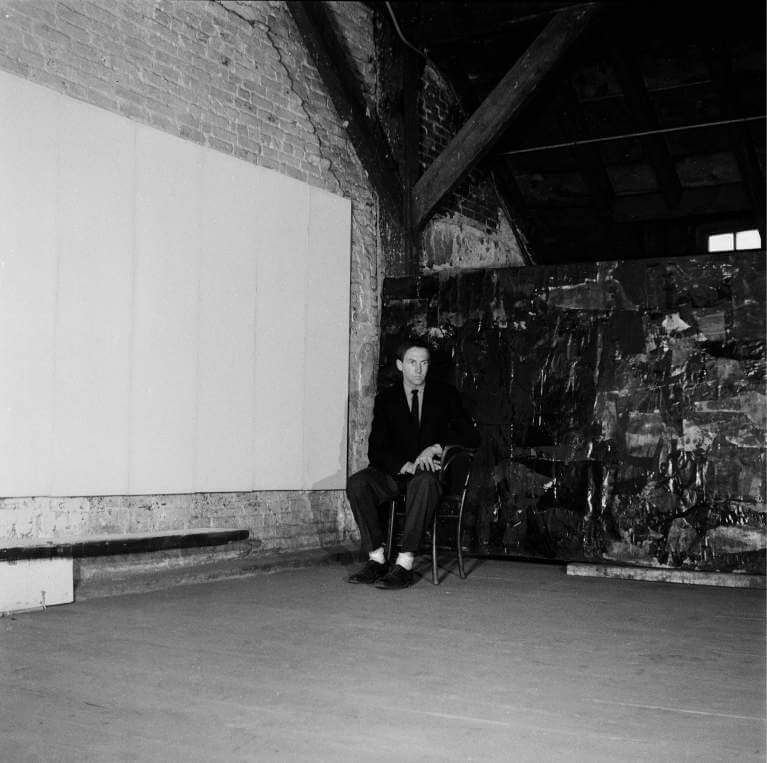 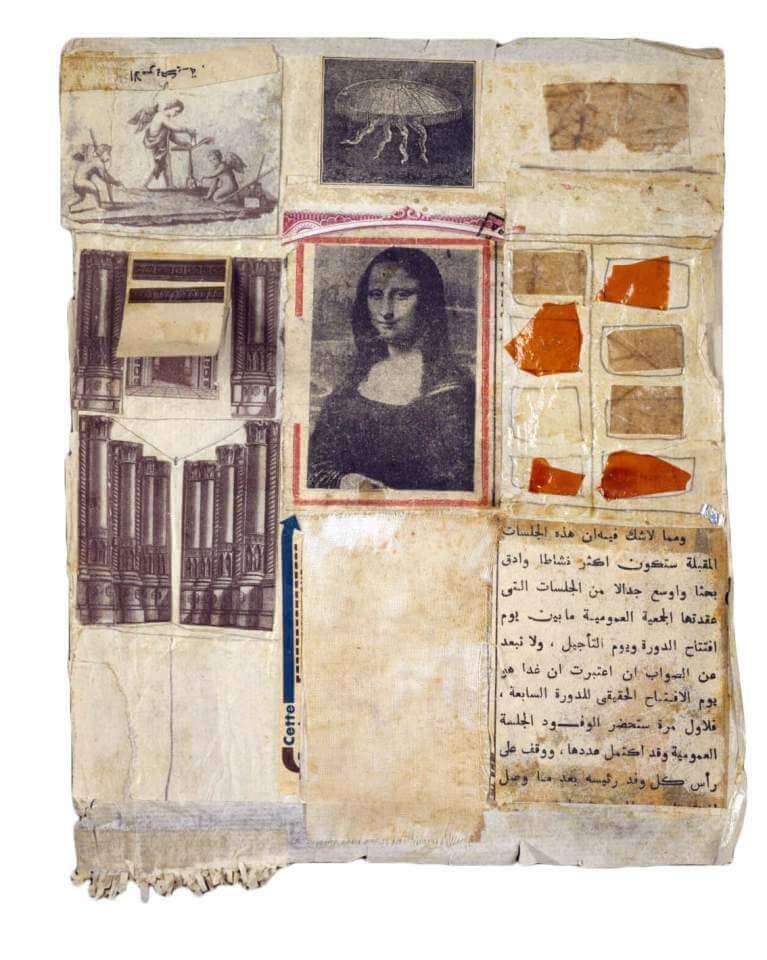 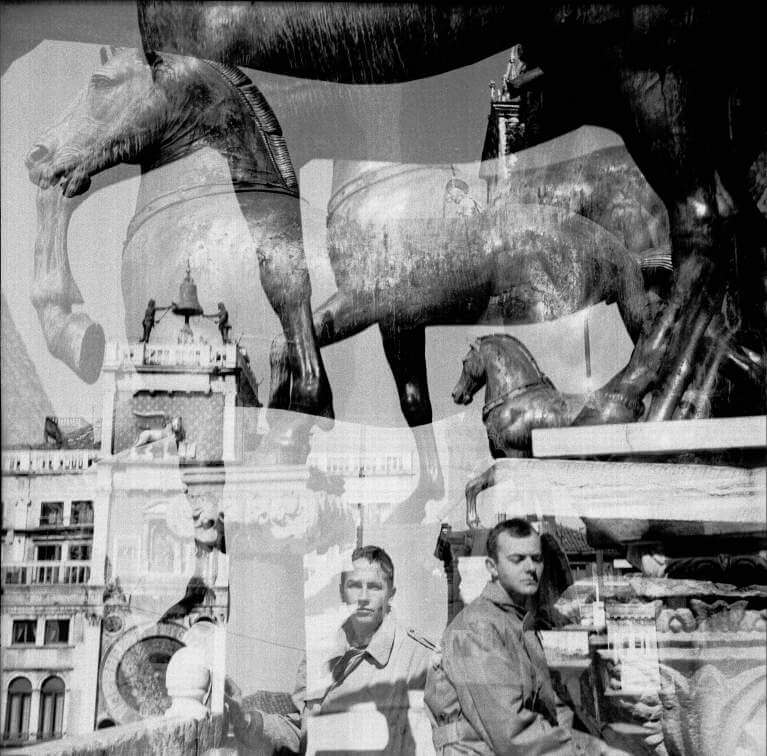 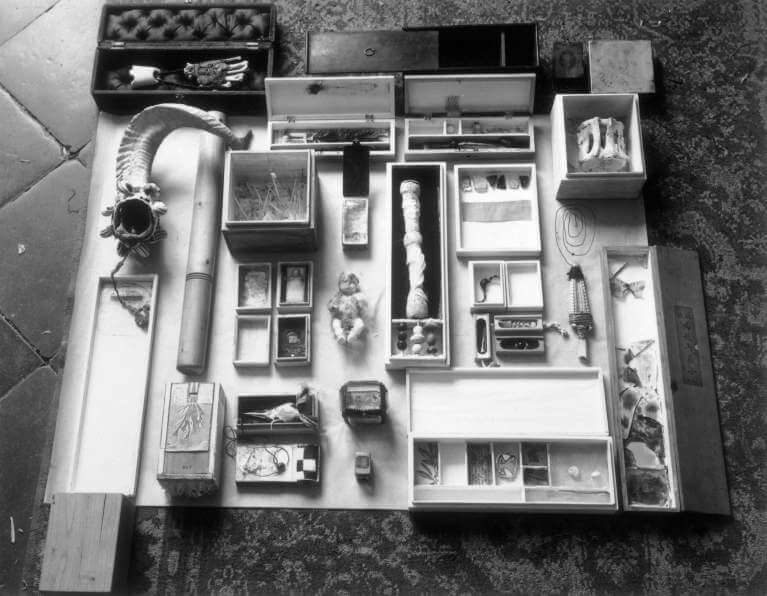 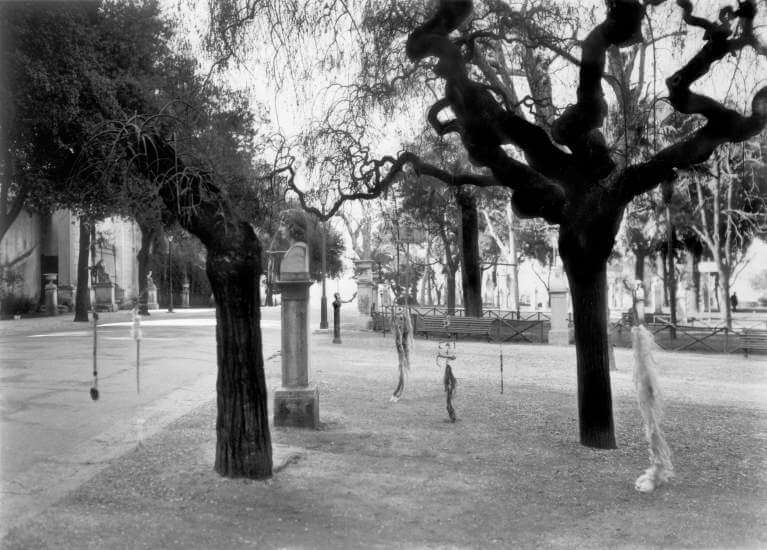 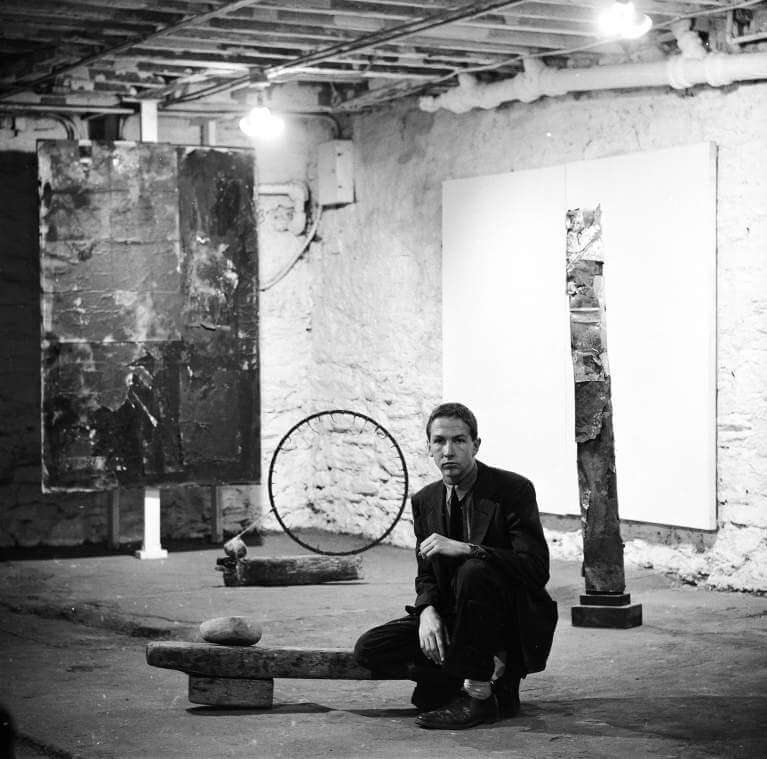 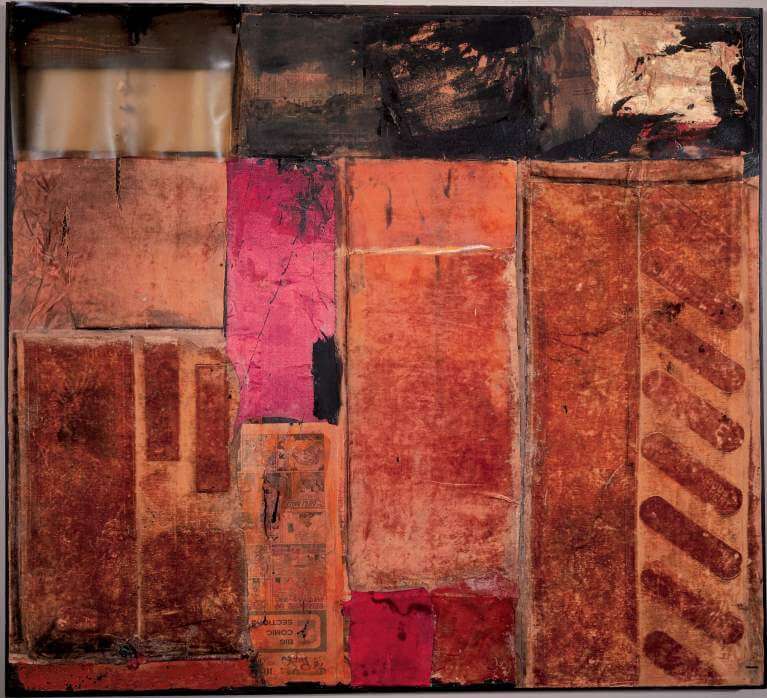