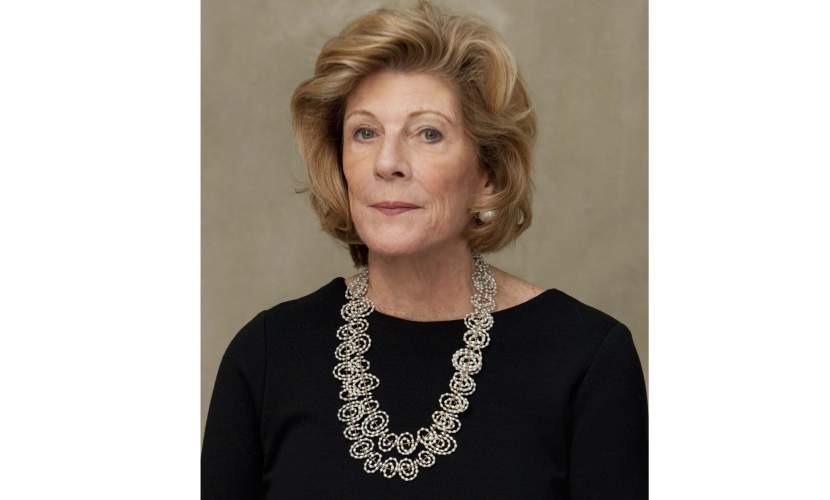 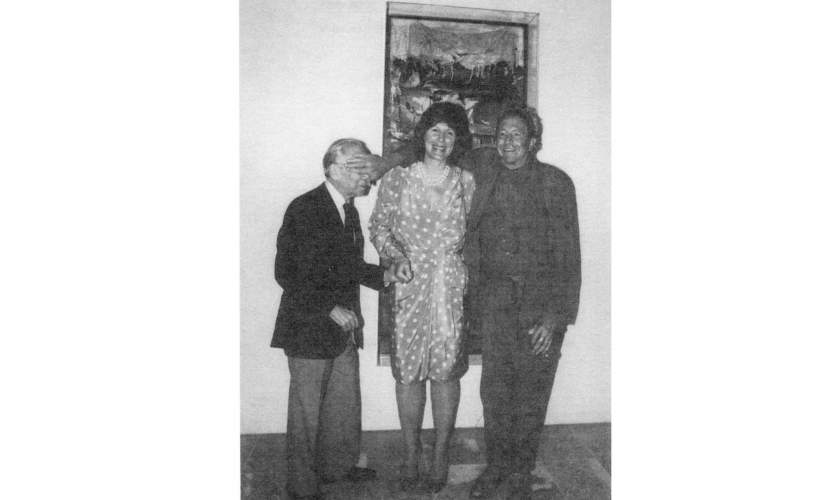 Leo Castelli, Agnes Gund, and Rauschenberg on the occasion of Castelli’s gift of Rauschenberg’s Bed (1955) to the Museum of Modern Art, New York, May 1989

Agnes Gund is president emerita of the Museum of Modern Art and chair of its International Council. Ms. Gund joined the MoMA Board in 1976 and served as president from 1991 until 2002.

Ms. Gund is founder and chair emerita of Studio in a School, a non-profit organization she established in 1977 in response to budget cuts that virtually eliminated arts classes from New York City public schools.

A philanthropist and collector of modern and contemporary art, Ms. Gund serves on the boards of MoMA PS1, the Cleveland Museum of Art, the Foundation for Art and Preservation in Embassies, and the Morgan Library &amp; Museum. She is co-founder and chair emerita of the Center for Curatorial Leadership, trustee emerita of the Barnes Foundation and YoungArts, as well as honorary trustee of Independent Curators International and the Museum of Contemporary Art, Cleveland.

A civic leader and staunch supporter of education, environmental concerns and social justice, Ms. Gund has served on the boards of the Aaron Diamond AIDS Research Center, the Andy Warhol Foundation, Chess in the Schools, the Frick Collection, the Foundation for Contemporary Arts, the New York City Mayor's Cultural Affairs Advisory Commission, and as a founding board member to the Robert Rauschenberg Foundation, among others. In June 2017, she launched the Art for Justice Fund in partnership with the Ford Foundation and Rockefeller Philanthropy Advisors to support criminal justice reform in the U.S.

Ms. Gund earned a B.A. in History from Connecticut College and an M.A. in Art History from Harvard University. She holds honorary doctorates from University of the Arts (2021), Bowdoin College (2012), the CUNY Graduate Center (2007), and Brown University (1996), among others, and was elected Honorary Fellow of the Royal Academy of Arts (2016). Ms. Gund received the National Medal of the Arts from President Clinton (1997), the J. Paul Getty Medal (2018), the inaugural Justice Ruth Bader Ginsburg Woman of Leadership Award (2020), the French Legion of Honour (2021) and the W.E.B. Du Bois Medal from Harvard University (2022).

Excerpt from Interview with Agnes Gund by Sara Sinclair, 2015

I think Bed [1955] is sort of the essence of Bob because it was done before he started the other Combines [1954–64] and it was done with the élan he had about doing his work, which was just slapping it to say—using that word—together. Making it what was there and really the Duchampian background that he and Jasper [Johns] had together because they were very close in those early years. . . . I think Bob’s work has only become, since his death, a little bit more recognized for not only its variety, but also its fineness—its really break-through-it-ness or whatever you call it. The Bed really epitomizes that because nobody had really done it in the same way, just attached something else to a painting and called it a painting. Really in the end it’s a sculpture, I think. But I think that’s what makes it all the more enticing because it is sculpture-like—