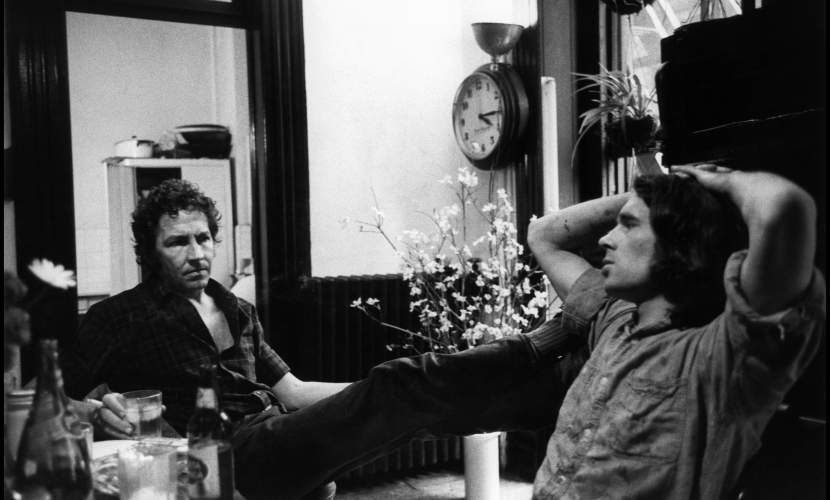 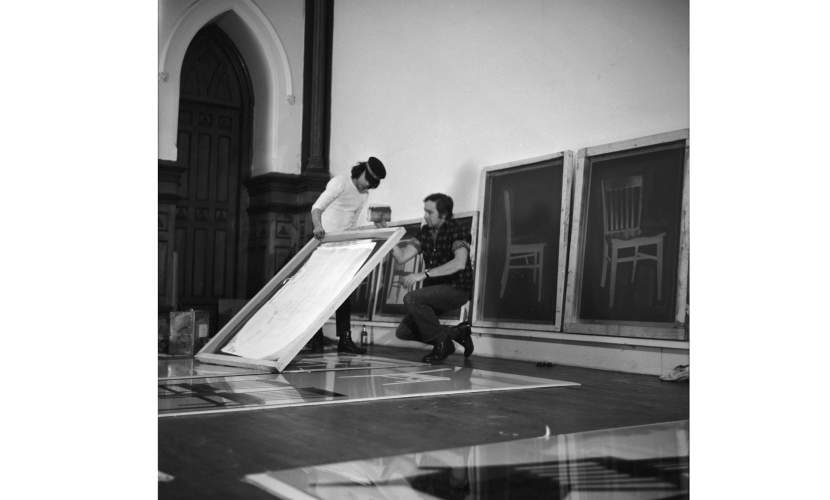 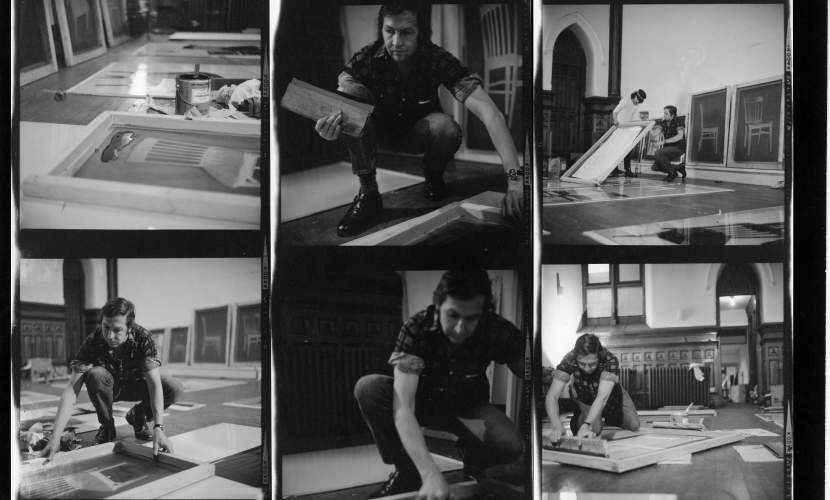 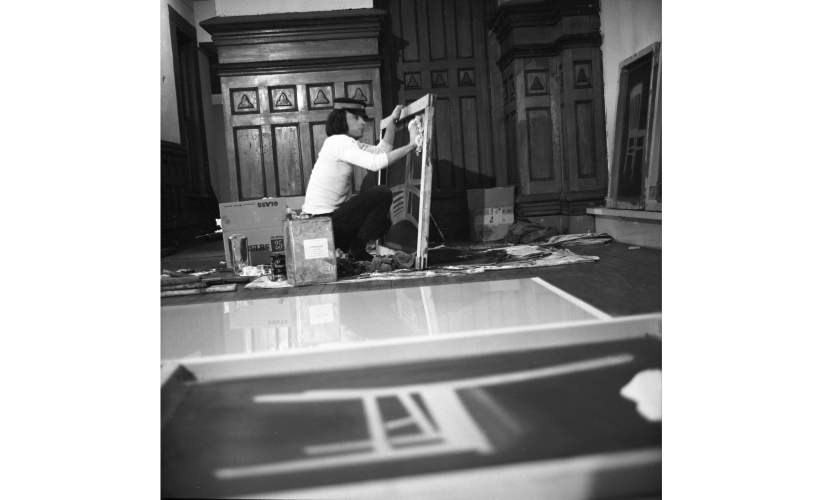 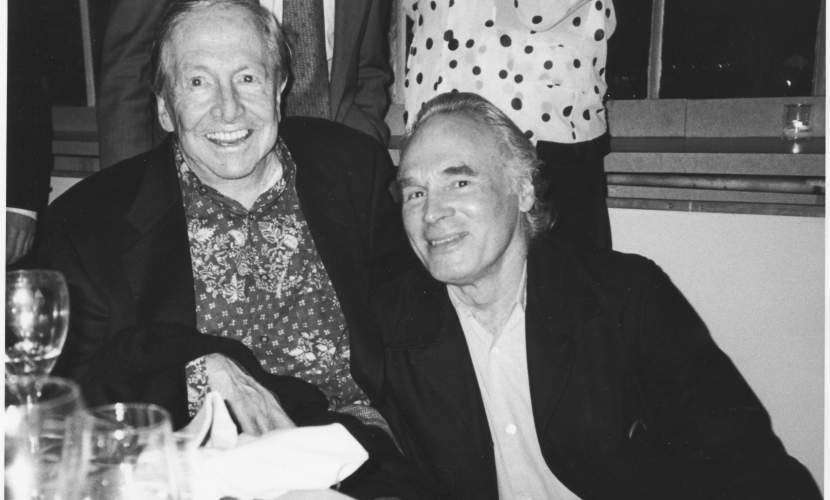 Brice Marden is a renowned visual artist who gained international recognition in the 1960s for his monochrome panel paintings. He earned his bachelor of fine arts from the Boston University School of Fine and Applied Arts in 1961 and his master of fine arts from the Yale School of Art and Architecture, New Haven, in 1963. Marden was introduced to Rauschenberg by Dorothea Rockburne, who knew Rauschenberg from Black Mountain College during the early fifties. In 1966 Marden became Rauschenberg’s studio assistant, working on the completion of several motorized, silkscreened Plexiglas works, including Revolvers (1967), Solstice (1968), and Carnal Clocks (1969). He refabricated a group of Rauschenberg’s White Paintings (1951) for a 1968 exhibition. Marden’s work has been showcased at Documenta, Kassel, Germany (1972), and he has had several solo exhibitions, including at the Solomon R. Guggenheim Museum, New York; Stedelijk Museum, Amsterdam; and Serpentine Gallery, London. In 2006 the Museum of Modern Art, New York, organized a major retrospective of Marden’s work that traveled to the San Francisco Museum of Modern Art and to the Hamburger Bahnhof in Berlin. Marden lives and works in New York.

Excerpt from Interview with Brice Marden by Mary Marshall Clark, 2015

Marden: Well, a lot of it was sort of worked out before. One time he sent me up to Look magazine, to collect images for him to use in the drawings. Because he liked the way Look—somehow Look magazine was printed in such a way that the kind of frottage thing worked very well. And I spent a week in Look magazine, cutting out these things for him to use. And you’re working with someone for years and you’re involved with the work. And you’re trying to get these Rauschenberg images. And I just totally missed. I think he used one. Sometimes you would come in and there would be a stack of Scientific Americans on the kitchen table this high. You’d come in the next day and they’re all gone. And there are all these tear sheets. And they’re perfect Rauschenberg images. But had you been going through the same thing simultaneously, you just wouldn’t have gotten it. And so he was just drawing. I think a lot of it was, he was always drawing. And I found it very, very amusing that you just couldn’t predict it. He just turned it into his own thing so fast.