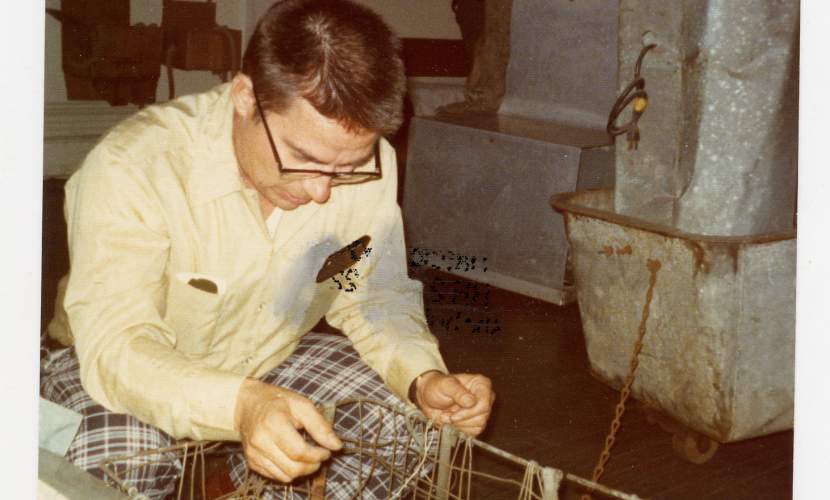 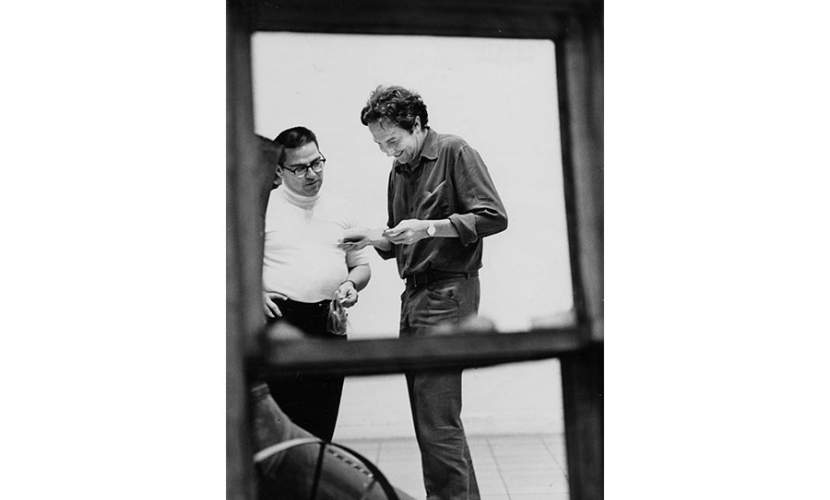 Harold Hodges and Rauschenberg through the window frame of Rauschenberg’s Oracle (1962–65), 1960s. Photo: courtesy Experiments in Art and Technology 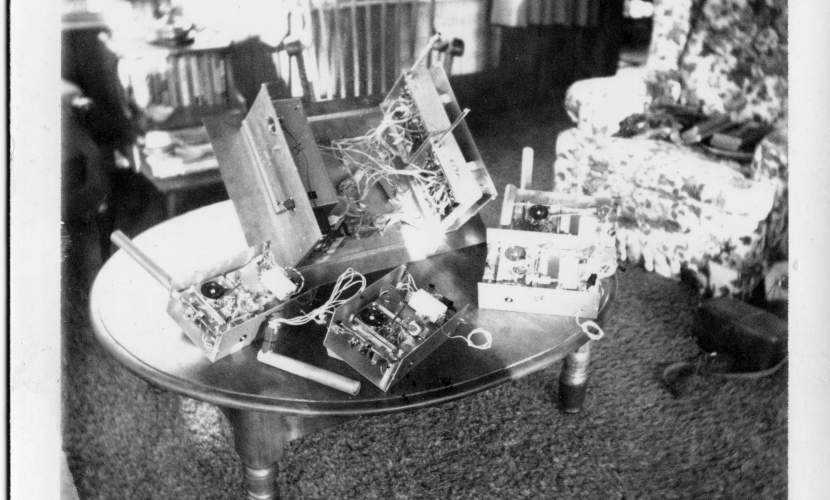 Harold Hodges with the control console of Oracle (1962–65) in Rauschenberg’s studio, late 1964–early 1965. Photo: courtesy Experiments in Art and Technology 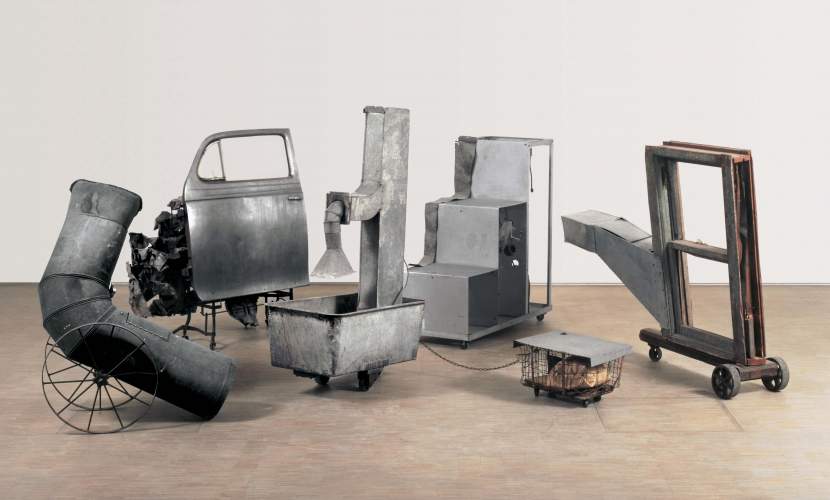 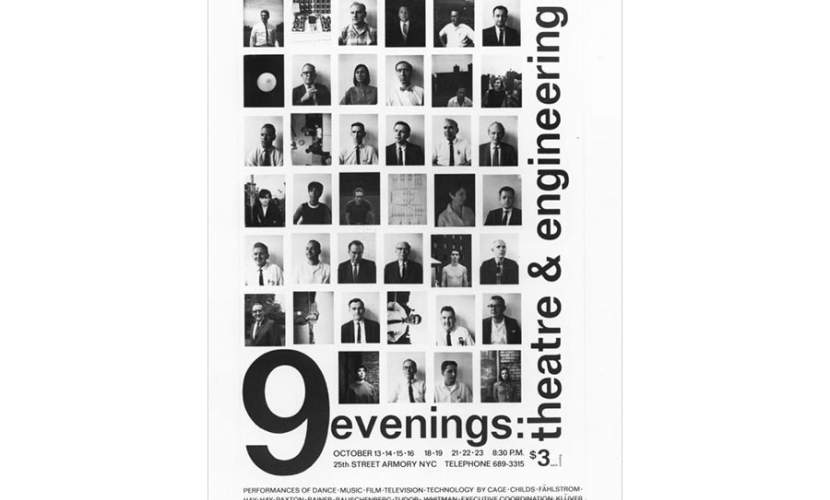 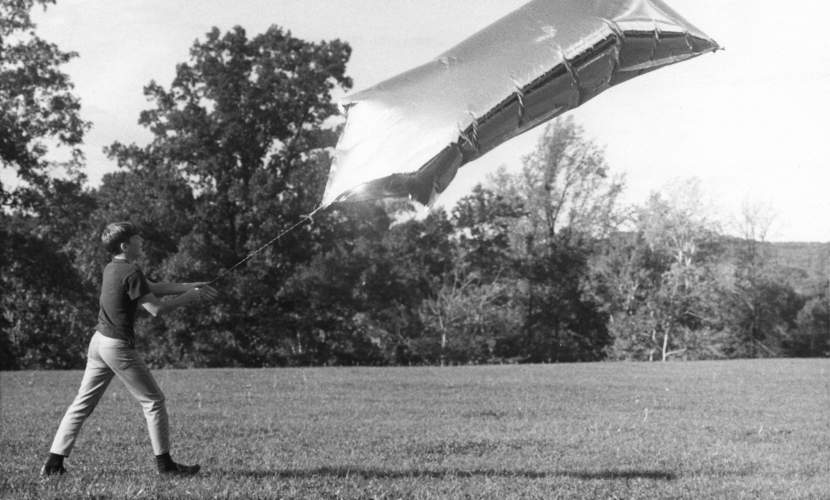 Harold Hodges is a lifelong tinkerer, engineer, and musician. Raised in Dunellen, New Jersey, Hodges served as a medic in Okinawa during World War II shortly after graduating from high school. Following his service in the military, Hodges returned home to earn a degree in watchmaking and started his own business. Over the years he became a father of seven children. Hodges also took an engineering position at Bell Telephone Laboratories where he worked in laser research and met fellow colleague and scientist Billy Klüver. Klüver actively encouraged collaborations between the New York art scene and innovators of technology, and his introductions catalyzed a partnership between Rauschenberg and Hodges. The technical creativity and skill that Hodges developed while working in the field for Bell Telephone enabled him to realize Rauschenberg’s vision for the artist’s Oracle (1962–65), a five-part sculpture with wireless radio transmissions. Additionally, Hodges provided technical services during the performance festival 9 Evenings: Theatre & Engineering (1966) for which he built and controlled an “anti-missile missile,” a remote-controlled balloon.

Excerpt from Interview with Harold Hodges by Cameron Vanderscoff, 2014

Q: So you were traveling with the piece [Oracle, 1962–65] then?
Hodges: I think the piece went separately, but I just went out by train.
Q: To see the exhibits?
Hodges: Well, put the thing together, so to speak.
Q: And you mentioned that you had to rebuild the system several times. And looking back at some notes that Billy Klüver has written about the thing, it seems that a part of the problem was your homemade AM [amplitude modulation] transmitters, interference between them and operating in unstable and broad frequencies.
Hodges: Sure, absolutely.
Q: One of the interests of this [oral history] project is definitely the process. And so you’re faced with this request where Bob Rauschenberg wants these different radios and these different transmissions to be going out and they can be tuned and dealt with separately. Are these reasonable requests? What do you do about a problem like that, the frequency thing?
Hodges: That was part of the problem. We didn’t really know how that whole thing— Nobody, well I suppose somebody someplace, had experienced this kind of thing, but I’d never run across it and I don’t think any of the rest of the people there had run across it. So it’s just something you have to try one way or the other, or some other way, and see if you can make it operate the way you want it to. That’s all. That happens to everything, any kind of thing you’re trying to build.
Q: Sure. In the course of your normal work at Bell Laboratories, these sorts of requests, would that be a typical request? Like, I need five AM transmitters going to separate speakers, all in a very contained, immediate proximity? [Laughs]
Hodges: No. Actually I think basically the thing that was wrong was that we were trying to do the broadcasting from one to the other in the same frequencies that we were using as the actual radio stations were bringing in. So that’s where they got clashing, I guess.
See, what the problem was, you had the five radios in the central piece and then each one of the pieces that are around the Oracle had a receiver and we were doing all this stuff to the signal and everything at that central place and then re-broadcasting over to each one of the individual things. And he wanted to be able to move both the stations that you got to and the speed of the scan. And you’re broadcasting in the same wideband that you are receiving on, so that’s where the problem came. But you build something and you then know where you are with the project, so you have to keep playing with it. And you keep playing with it and you don’t exactly know where you are. And it’s just a question of time. That’s the reason we rebuilt it a couple of times.
Document
DOWNLOAD FULL TRANSCRIPT