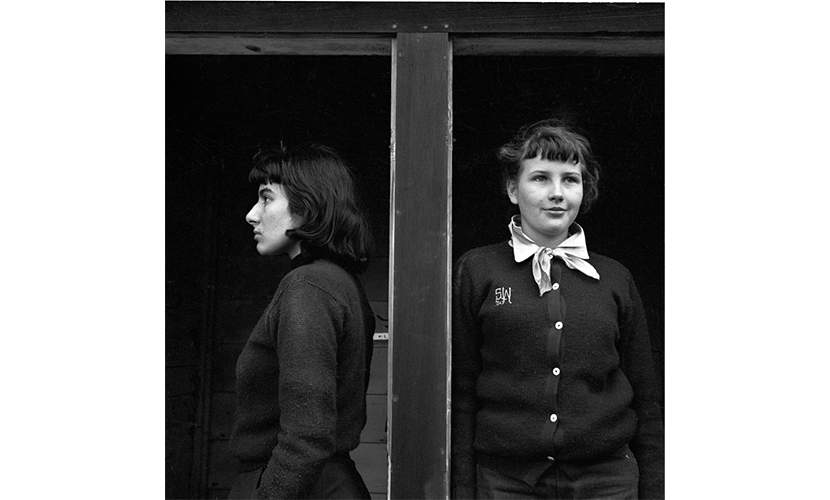 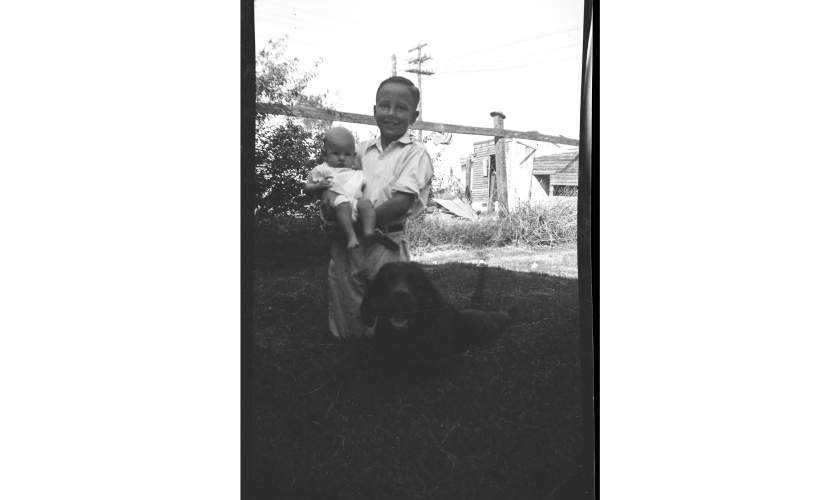 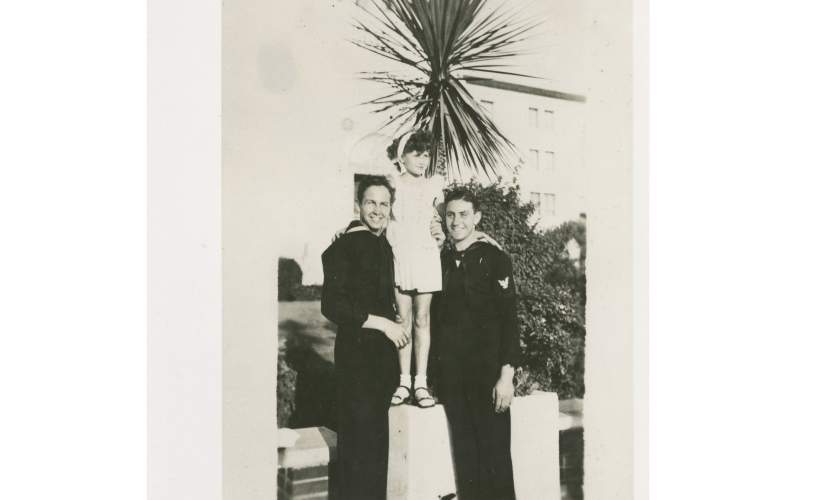 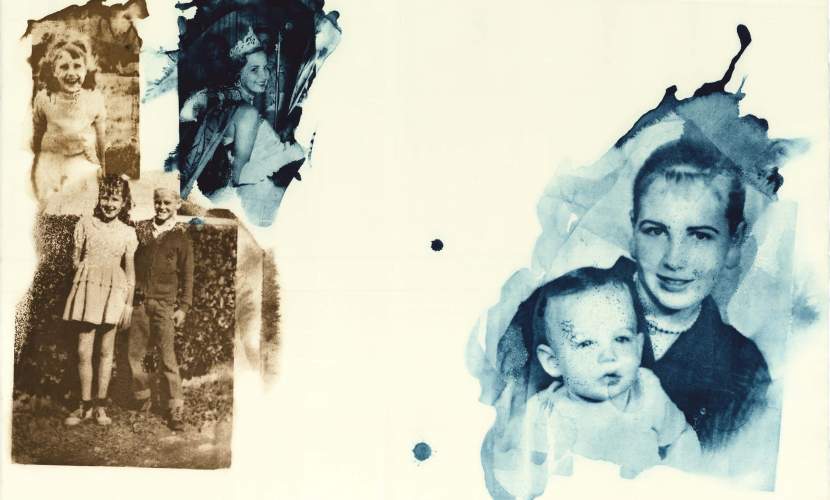 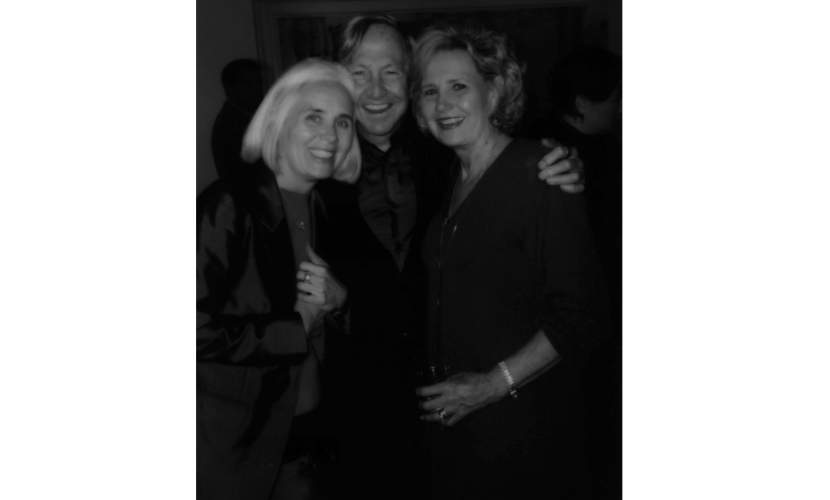 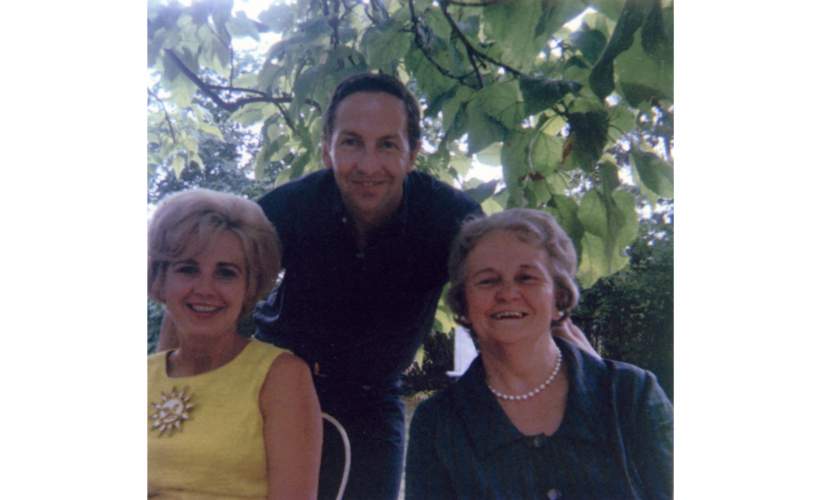 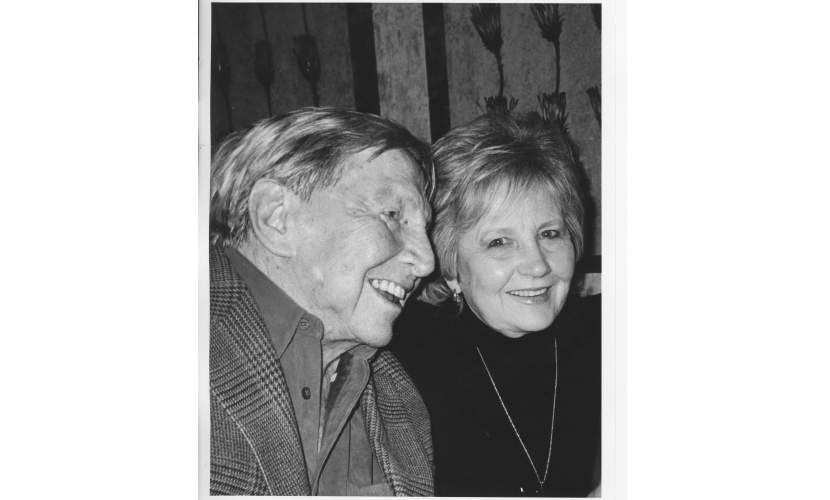 Rauschenberg and Janet Begneaud at a birthday dinner for Rauschenberg
hosted by Gemini, G.E.L., New York, 2005. Photo: Sidney B. Felsen © 2005 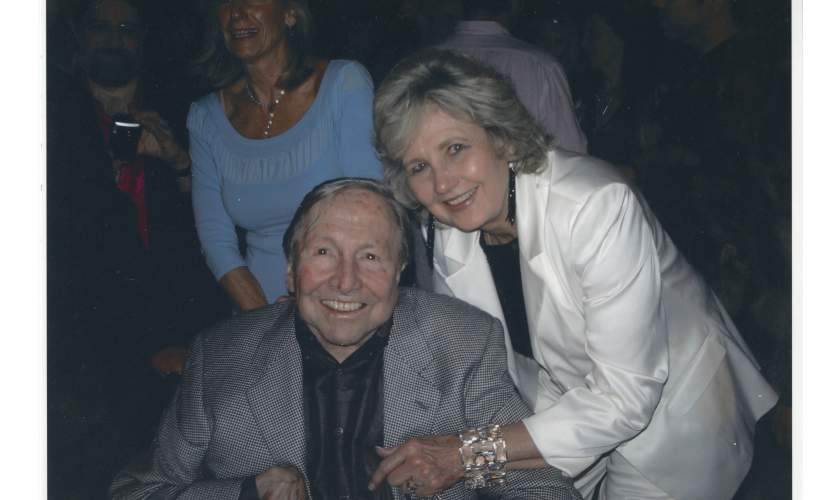 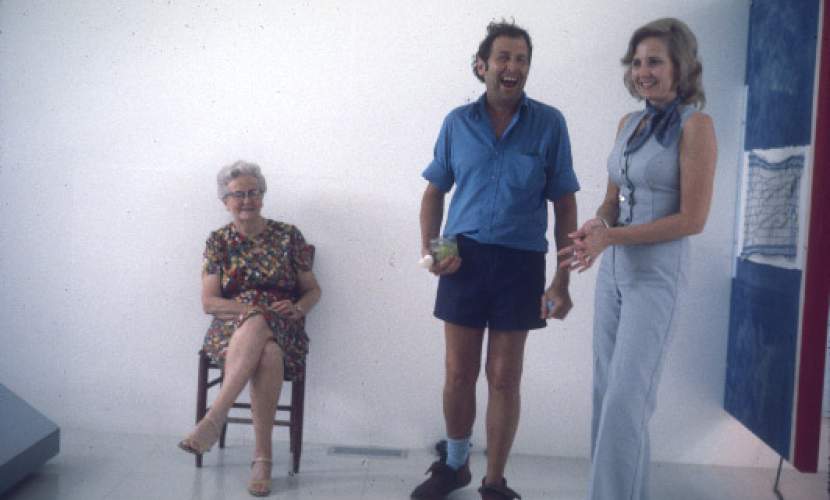 Janet Begneaud, née Janet Rauschenberg in 1936 in Port Arthur, Texas, is the younger sister of Robert Rauschenberg. She resides in Lafayette, Louisiana, where the Rauschenberg family relocated in 1945. Begneaud worked as a prominent real estate broker for many years and remains active in community projects, serving as president and then participating in the Junior League of Lafayette for nearly six decades. Begneaud often visited Rauschenberg in New York and Captiva, Florida, and she was the artist’s frequent travel partner, attending exhibition openings around the world. She accompanied him during his ROCI (Rauschenberg Overseas Culture Interchange) trips to Cuba (1988), where the pair met Fidel Castro, and to Malaysia (1990), where they were hosted by the king and queen. Begneaud has one son, Rick Begneaud, and two grandchildren, Dylan Rauschenberg Begneaud and Logan Coleen Begneaud.

Excerpt from Interview with Janet Begneaud by Sara Sinclair, 2015

Begneaud: Yes. In fact he taught me to see things differently than just seeing them because you know how Bob—his work, just to look—like Mom wanted that little scene. Well you just never see that in Bob’s. He doesn’t do little scene things. But we’d go photographing a lot of times when he’d come home, we’d take a ride and go photographing. And he wasn’t interested in the oak trees with the dripping moss. He would rather see the broken light post with the old bicycle leaning against it or something. When you start looking at things like that, then you see things differently.

Q: How did he change the way you see things?

Begneaud: I see things like that now. I’ll notice them, which I probably would not have ever noticed and certainly not to the degree that he does—did—in fact he told somebody one time—this person was again ridiculing and sort of shaming him for painting things that were like the streets of New York. This guy was saying, “We have so many beautiful things here. You just put all the dirty things, the broken things, into your art. We have beautiful things. Why don’t you put that in there?” He just kept going on and on about it. And so Bob told him, he said, “When you walk down the street, what you see are the things that you have in my art. If you have to feel like they’re dirty and not worth seeing,” he said, “How miserable are you when you walk down the street?” He said, “It’s not like you’re walking in Central Park. You’re walking down the street.” He said, “You have to learn to appreciate what you see.”

[...]
I think Bob taught me that it doesn’t have to be the babbling brook to have a nice thing. Of course I think that’s fun about his art is that you can stand there and look at it and every time you see it, you see one more little something that you didn’t really pay attention to the first time.
Document
DOWNLOAD FULL TRANSCRIPT