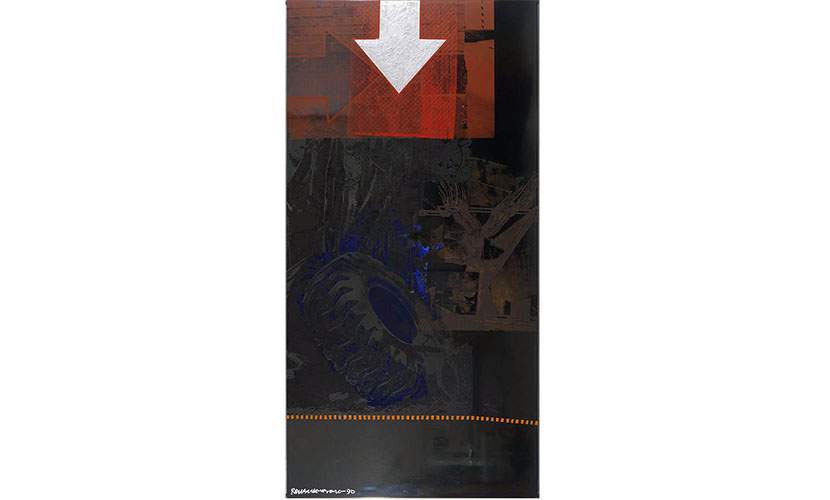 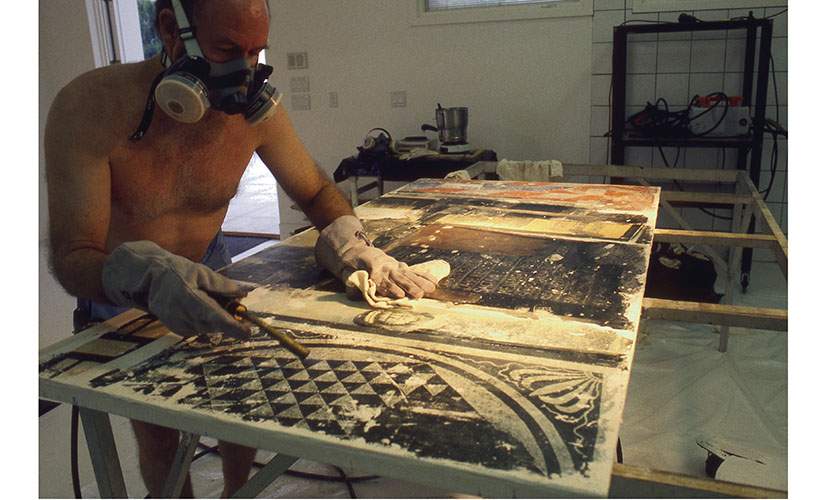 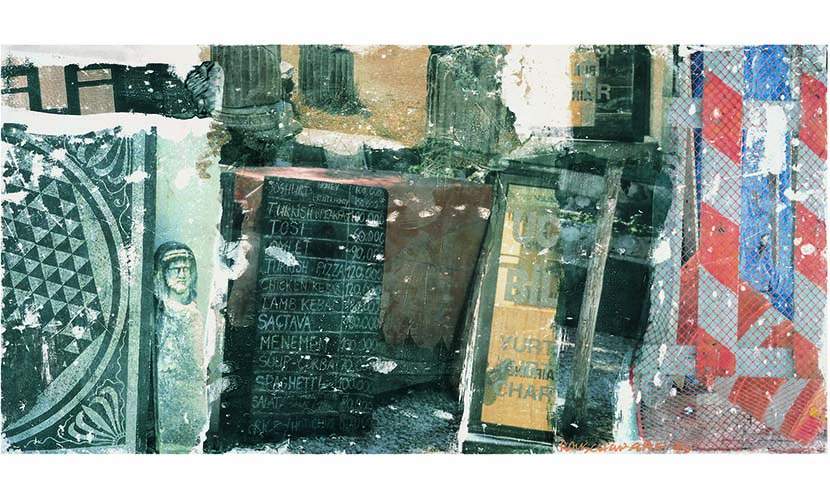 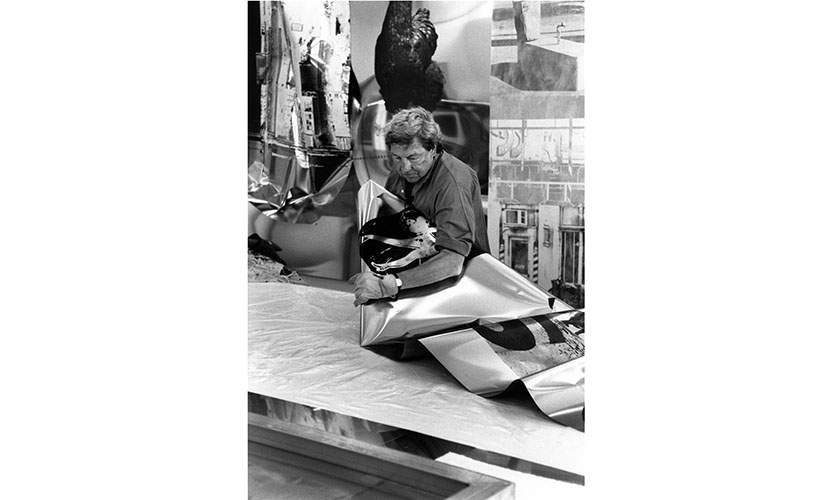 Ken Elliott studied art at the University of South Florida (USF) in Tampa in the mid-1980s, where he worked with the dean of fine arts, Donald Saff, and sculpture professor Alan Eaker. At this time Rauschenberg was making editioned works with Saff at USF’s Graphicstudio. Elliott joined the Graphicstudio team to assist with Rauschenberg Overseas Culture Interchange (ROCI) sculpture editions, developing techniques and fabricating substructures and framing. Elliott continued to work on various Rauschenberg projects under the auspices of Saff Tech Arts, Oxford, Maryland.

Excerpt from Interview with Ken Elliott by Sara Sinclair and Christine Frohnert (Q2), 2015

Q2: So now we are looking at a work that was made for the Wax Fire Works series for ROCI USA. It’s called Treadle and was created in 1990 and the sub-support is made of mirrored aluminum, is this correct?

Q2: Was this produced at Graphicstudio or by Lawrence Voytek?

Elliott: Saff Tech Arts. The very first project Saff Tech Arts had was ROCI USA and so these were all produced at Captiva, at Bob’s studio. We took the materials, the anodized aluminum and, as you can see, this deep purple-blue wax. There was a whole palette of waxes that were made and carried down to the studio. We made a wax to complement every color that he had in his Golden palette, so that he would have the whole range of his usual palette of colors to use. Then we had some transparent screenprinting inks, like we used on the [Araucan] Mastaba [/ ROCI CHILE], and he incorporated them all together to make some pretty nice pieces.

Q2: For the wax, did you use beeswax and add it to raw pigments?

Elliott: It’s raw pigments and bleached beeswax, with the right proportions of the solvents to make it work through the screen.

Q2: Did you add mineral spirits to the beeswax?

Elliott: No. Mineral spirits were used to release it from the screens.

Q2: You already mentioned the process, that you had to use a stainless steel screen because—

Q2: —the wax is much more viscous and so the screen size had to be adjusted accordingly?

Q2: So you could basically transfer the wax on the surface.

Elliott: Yeah, move the wax through the screen. If you were to look really close there, you could see the screen pattern on the surface of the wax.

Q2: Yes, I can certainly see it here. Did you slightly heat the surface again once you—

Elliott: Oh, once the wax—? Well, sometimes, it all depended on what effect Bob wanted. If Bob wanted it to be more of a matte finish, we would leave it alone. If he wanted more of a satin finish, then a small hand torch would be used to melt the surface of the wax and flow it out.

Q2: The black that we are looking at, I can see differences in sheen, if you look at it from raking light.

Elliott: The black is the Golden acrylic.

Q2: Okay, so you have silkscreen inks, Golden acrylic, and wax.

Elliott: This piece, I believe, this is acrylic and wax. You see this little haze of orange in there?

Elliott: That would be the silkscreen ink and then there’s some acrylic printed over that. This is orange wax.

Q2: It looks like it was painted with some spaces in between. Is this correct?

Elliott: Bob had it taped off. Tape this way and tape this way, then the wax was brushed across it, burned, and the tape was removed, and then it was burned with a torch to even it out.

Q2: Was the surface prepared in any way? Is there a final coating?

Elliott: It was just cleaned to make sure there was no oil on the surface, nothing that would resist the materials adhering to the surface of the pieces.