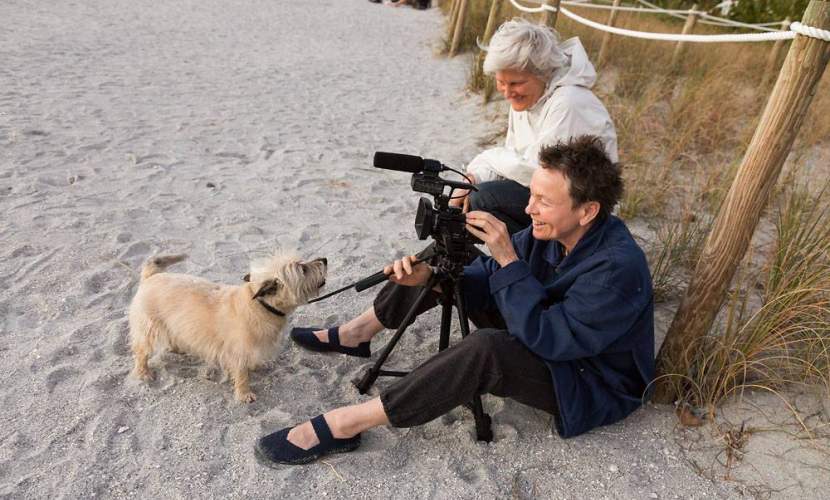 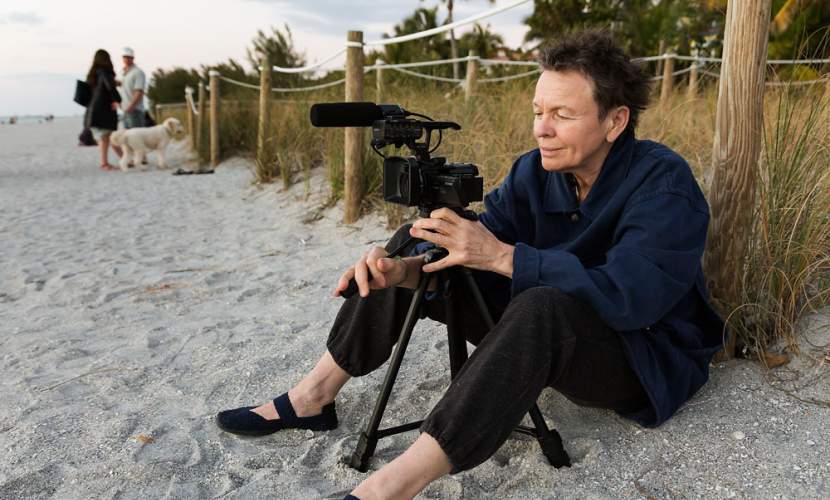 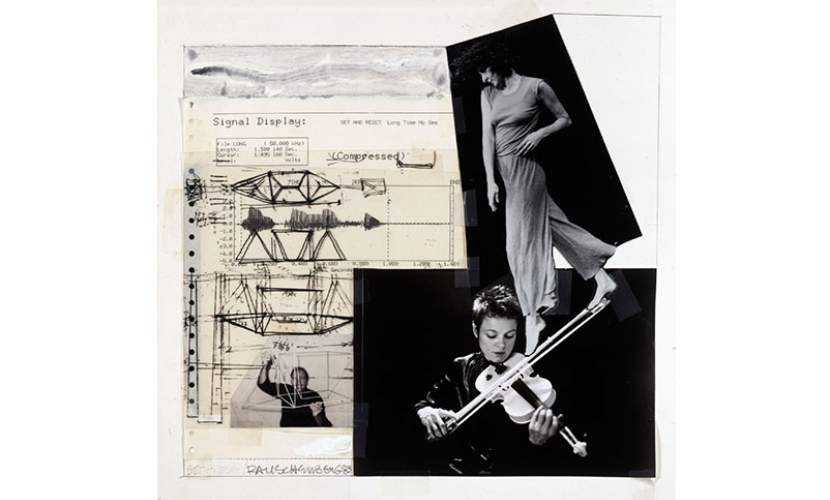 Laurie Anderson is a writer, director, visual artist, and vocalist. She is best known for her multimedia presentations and innovative use of technology, creating works that span the worlds of art, theater, and experimental music. She composed the music for Trisha Brown’s 1983 dance Set and Reset, for which Rauschenberg designed the set and costumes. In 2002 Anderson was appointed the first artist-in-residence of NASA that culminated in her touring solo performance The End of the Moon (2004). In 2010 a retrospective of her visual and installation work opened in São Paulo and later traveled to Rio de Janiero. She received Pratt Institute’s Honorary Legends Award in 2011, and she participated in the Rauschenberg Residency, Captiva, Florida, in 2015. Her film Heart of a Dog (2015) was chosen as an official selection of the 2015 Venice and Toronto Film Festivals.

Excerpt from Interview with Laurie Anderson by Alessandra Nicifero, 2015

I would work with people there [Rauschenberg Residency, Captiva, Florida, 2015] who worked with him and they would say, “Yes, Bob would get up, read the paper, have his coffee, and do a couple of hours of meetings and business. And then he’d have lunch and then he would work all afternoon, take a little dinner break, and work way late into the night.” That’s not my particular pattern because I don’t like to spend the first hours of my day on a meeting. I’d rather try to use those hours to make something. But I really appreciate that he didn’t ignore that part of being an artist because you can’t and still be an artist. You really have to figure out how to make it work and how your work fits into the culture, how you’re going to pay your rent. He was addressing that. So you got to really see how he lived in a very practical way. And also that he really cared about food. That really expressed itself in the residency. There was a lot of care towards cheffing it up.

ANDERSON: It was really very nice, beautiful food. You could feel Bob’s love of food and you could feel his happiness all around you. Is there any better way to pass on your work habits and your love of making things than to just live in a place where somebody would?

His studio in New York was cool and he always sent me limes from Captiva. For many winters, I’ve gotten limes from him. Like I said, we weren’t friends, but I guess he sent limes to a lot of people and I was really happy to feel that he thought of me and maybe just that I needed some vitamin C or something, I don’t know.

ANDERSON: But he sent me these limes and I always wondered where that would be; he had gone an awful long way in Florida. It just seemed to me like a really bad idea. It reminded me of Miami and Fort Lauderdale and most of the places in Florida I don’t like. But the west coast is magic. Manatees, swamps, we had the greatest time canoeing through swamps, and old gas stations and guys in old silk floral-print faded shirts, [laughs] fishing guys and beautiful, beautiful birds.