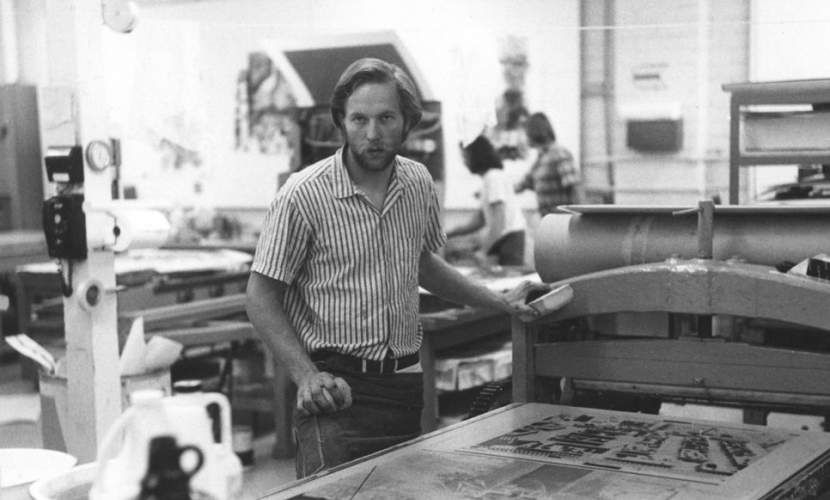 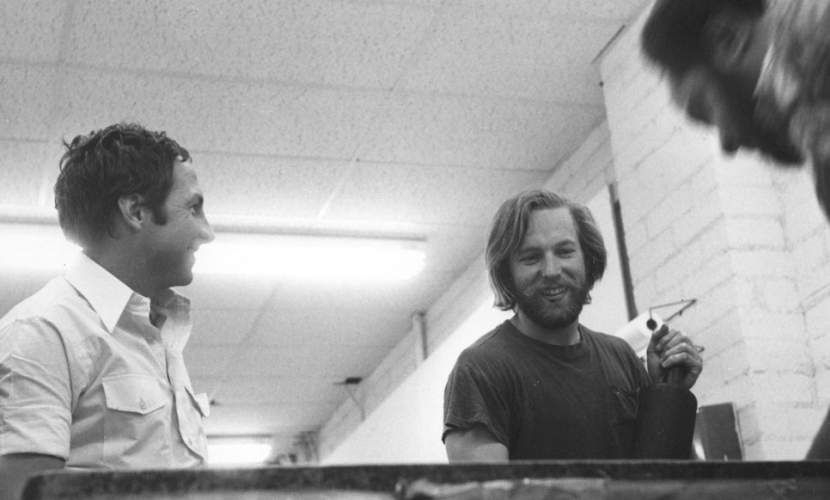 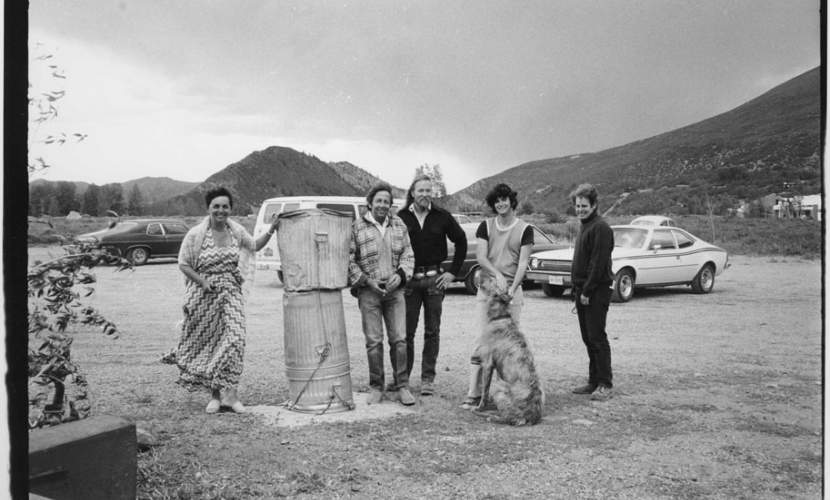 Rauschenberg, Robert Petersen, and others with a piece of Rauschenberg’s environmental construction for the International Design Conference in Aspen, June 1973. Photo: Barbara Kulicke 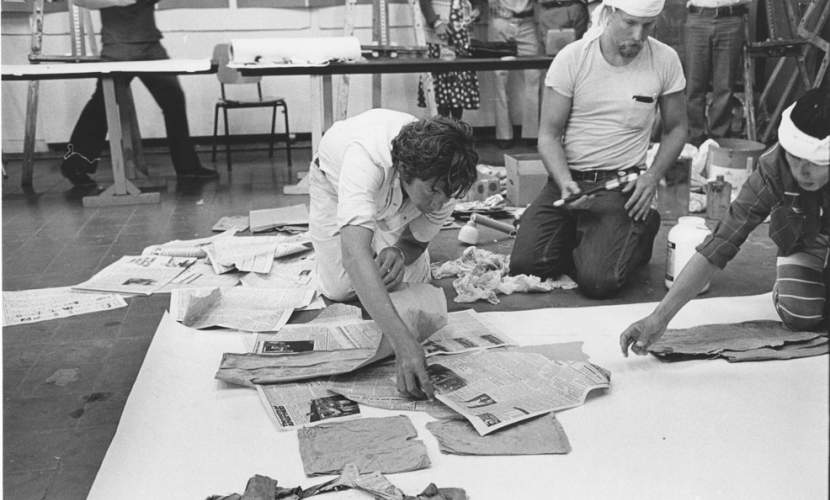 Rauschenberg, Robert Petersen, and Hisachika Takahashi working on a Scripture to be exhibited in the Rauschenberg in Israel exhibition, Israel Museum, Jerusalem, May 1974. Photograph Collection. Photo: Unattributed 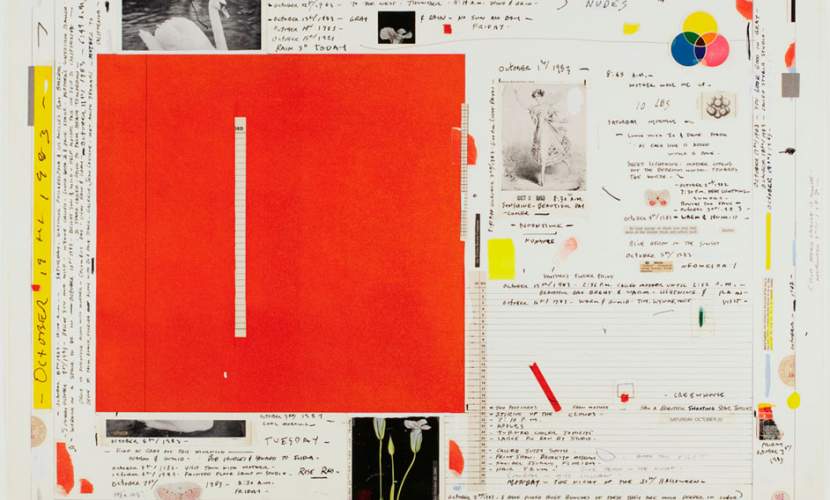 Robert Petersen is a multimedia artist. Born in Iowa in 1945, Petersen spent his adolescence in California and graduated from California State University, Long Beach in 1969 with a BFA in printmaking. After graduating, he worked at Gemini G.E.L. in Los Angeles where he met Rauschenberg while working on the latter’s Stoned Moon series (1969–70). In 1970,  Petersen moved to Captiva, Florida with Rauschenberg and together the two artists established Untitled Press Inc., an experimental print shop. There they printed their own work as well as that of artist friends Brice Marden, Cy Twombly, and Susan Weil among others. Petersen lives and works in Tivoli, New York with his wife and daughter.
Excerpt from interview with Robert Petersen
Petersen: Well Bob had a fabric room where he would just have fabrics. It was his little palette, like he used the cardboards. He had a room of fabrics that went into the Hoarfrost series [1974–76] and Spreads [1975–83] and Jammers [1975–76] and so forth, he loved fabrics. Bob’s always used fabrics; in the Combine series [1954–64], you’ll see a trouser leg collaged to the canvas and a shirt or a pocket or part of a shirt, anything. Bob just appeared with the fabric. Now that I think of it, suddenly, he’d be holding a piece of fabric. Like for the piece out front I saw on the way in, it’s in the crate still, but the top’s open and when he put the fabric on that, I don’t know where he got it. He had these little piles. In his mind he’s working with the—because he never told me to go get him a piece of fabric. That was his palette, that was his color.
He especially loved cheesecloth from the print shops. The printers would hang up cheesecloth on a line after processing the litho stones. Bob, one day, was standing there at Gemini G.E.L. [Los Angeles], and there was a rope, a twine, or a cord across the print shop, and all this cheesecloth hanging to dry after the processing of the lithography stones and aluminum plates; the printers put them up there to dry. After they’re dry, they reuse them, clean them a little bit. Bob just looked and he said, “God, they’re so beautiful, hanging there.” He used cheesecloth quite—well, in Untitled Press on Captiva, I did the same thing. I had a little line and put up the cheesecloth.
Document
DOWNLOAD FULL TRANSCRIPT