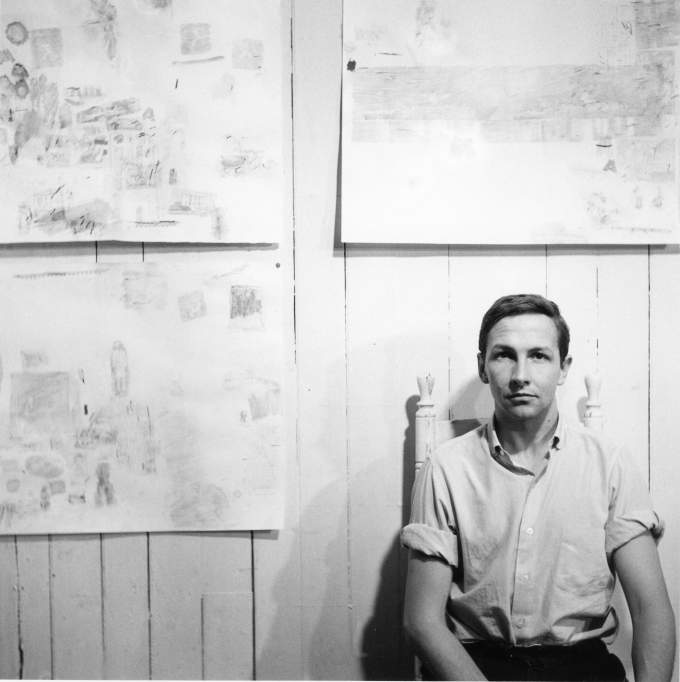 Robert Rauschenberg presents a holistic and multifaceted overview of the artist’s prolific career. In addition to key examples from Rauschenberg’s iconic “Combines” series, the exhibition showcases the artist’s innovative experiments with media appropriation, technology, and performance, as well as the global impact of his career, particularly through his close partnerships with artists across Europe, Asia, and Latin America.

Tate Modern’s presentation begins with an examination of Rauschenberg’s early works, which were largely influenced by his formative years at Black Mountain College, North Carolina, a hub of artistic innovation and experimental practice in the 1940’s and early 50’s. During this period, Rauschenberg first experimented with photography and performance, created the monolithic White Paintings (1951), and incorporated found materialsand media images into his solvent transfer drawings.

The retrospective also highlights and explore Rauschenberg’s work in performance, which was at the core of much of his artistic output. His involvement with performance began with his participation, alongside choreographer Merce Cunningham, in composer John Cage’s Theatre Piece #1 at Black Mountain College in 1952. Throughout his career, Rauschenberg not only designed sets, costumes, and lighting for Cunningham and other choreographers such as Trisha Brown and Paul Taylor, but he also performed and choreographed his own works such as Pelican in 1963, and Elgin Tie in 1964.

By 1970, Rauschenberg left New York and established a home and studio on Captiva Island, Florida, which would become his primary residence until his death in 2008. He continued to work until the end of his life, producing historically significant works throughout his mid- to late career, including the Cardboards, 1971-72, Jammers, 1975- 76; Gluts, 1986-94; and Anagrams, 1995–97. Robert Rauschenberg at Tate Modern culminates with works from these later series, as well as ephemera from the Rauschenberg Overseas Culture Interchange (ROCI) – a project in which Rauschenberg traveled to ten countries outside the U.S. to collaborate with local artists in each region. ROCI became Rauschenberg’s primary preoccupation between 1984 and 1991 and was a tangible expression of his belief in art as a catalyst for global dialogue. Mounting an exhibition of his work in each country – often where freedom of speech and artistic expression had been suppressed – Rauschenberg’s aim was to inspire crosscultural exchanges and achieve a mutual understanding through art.