ROCI records newly open to the public for research 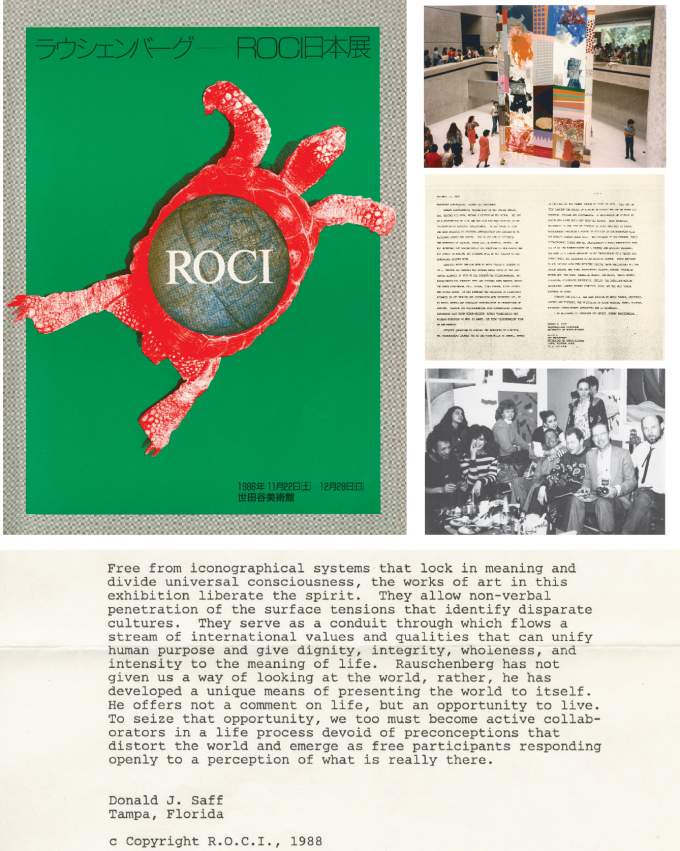 ROCI records newly open to the public for research

Today we are pleased to announce that the Donald Saff records on Rauschenberg Overseas Culture Interchange (ROCI) have been opened for public research at the Foundation's offices in New York.

Announced in 1984, ROCI (pronounced “Rocky,” the name of the artist’s pet turtle) was inspired by Rauschenberg’s belief in the power of art as a catalyst for positive social change. Funded almost entirely by the artist, Rauschenberg traveled to countries around the world often where artistic experimentation had been suppressed, with the purpose of sparking a dialogue and achieving a mutual understanding through the creative process. Between 1985 and 1990, the project was realized in ten countries in the following order: Mexico, Chile, Venezuela, China, Tibet, Japan, Cuba, the Union of Soviet Socialist Republics (USSR), Malaysia, and Germany with a final exhibition held in 1991 at the National Gallery of Art, Washington, D.C.

The archival collection contains the records of Donald Saff, an artist, art historian, and educator, who worked as ROCI’s Artistic Director from 1984 to the project’s conclusion in 1991. As Artistic Director, Saff worked closely with Rauschenberg, and was critical to the conception and implementation of ROCI. Highlights of the collection, stored in over 35 document boxes, are planning documents, correspondence, travel schedules, exhibition and venue details, and international relations. Records within his collection speak to Rauschenberg’s long-term commitment to human rights and to the freedom of artistic expression.

To learn more about the collection and how to make an appointment please visit the Archives Collection page.