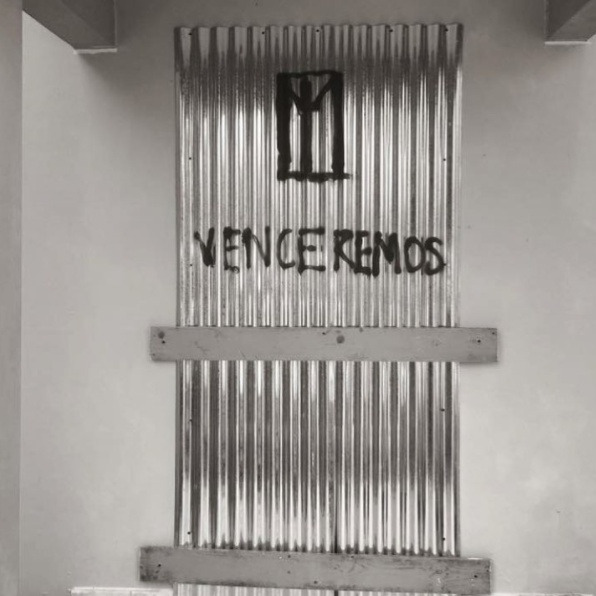 The Andy Warhol Foundation for the Visual Arts, the Robert Rauschenberg Foundation and Lin-Manuel Miranda through The Hispanic Federation Relief Effort today announced emergency grants totaling $300,000 to aid the artists and cultural workers of Puerto Rico struggling to recover from the devastating impact of Hurricane Maria. The $100,000 grants from each partner were made to El Serrucho: Hurricane Maria Emergency Fund, recently launched by the San Juan-based arts organization Beta-Local.

Beta-Local has strong ties to the island’s grassroots artist community and the network of people and projects supported by Beta-Local is actively involved in local relief efforts—despite needing relief itself. The grants will support these leadership efforts and allow the organization to fortify and extend its work with community organizations and individuals in need. The fund is designed to roll out in phases and encompass both immediate and longer-term arts recovery efforts.

Warhol Foundation President, Joel Wachs emphasized that, “as foundations created by and for experimental artists, Warhol and Rauschenberg are especially attuned to the vulnerabilities of artistic communities. We are grateful to Lin-Manuel Miranda and the Hispanic Federation Relief Effort for joining forces so that together we can make the strongest show of solidarity and support for artists in Puerto Rico in the aftermath of Hurricane Maria.”

Robert Rauschenberg Foundation’s newly appointed Executive Director Kathy Halbreich shared “when something unsettles our field as urgently as Hurricane Maria did to the thriving artists' community in Puerto Rico, prompt and collaborative action can make a real difference to people's sense of immediate security as well as their ability to imagine a productive future. I am thrilled that the organizations of three deeply innovative and fearless artists — Warhol, Rauschenberg, and Lin-Manuel Miranda could quickly band together to make a difference in the lives of artists in dire need.”

“I am honored to partner with the Andy Warhol Foundation and the Robert Rauschenberg Foundation to launch this initiative acknowledging the vital role of arts and cultural workers in forging strong communities. The initiative will help them continue their work in this time of great need,” said award-winning composer, writer and actor Lin-Manuel Miranda, creator of Broadway’s Hamilton.

Since Hurricane Maria made landfall in Puerto Rico, over half of the island's population does not have access to clean water and less than 5% have electricity. Beta-Local's Emergency Fund is providing support in two waves of funding for Puerto Ricans. First, funds will go to the cultural workers who are already working on relief work in the island. These workers have been actively supporting rebuilding their communities and Beta-Local is making sure these efforts can continue. Second, Beta-Local will create a series of grants for local artists and cultural workers to continue their work in growing the Puerto Rican arts community.

Beta-Local’s co-director Sofía Gallisá explained why these grants were so integral, “Considering the economic precarity that existed long before the storm, and the loss of income, housing, transport, equipment, and other materials that many have undergone, this is a defining moment for our country and our cultural scene, and we want to do all we can to foster its continued development because we know cultural agents will be invaluable in this recovery process.”

To find out more about the fund, visit http://betalocal.org/el-serrucho-post-maria/