Rauschenberg began silkscreening paintings in 1962, after visiting Andy Warhol’s studio and seeing Warhol’s recent paintings made with the process. Rauschenberg’s image sources included National Geographic, Life, Esquire, Boxing and Wrestling, and newspapers, as well as his own photographs. To create these works, Rauschenberg sent photographic images to Aetna Silk Screen Products, New York, with instructions regarding dimensions and number of screens needed. He made approximately fifty screens, reused for numerous artworks, between October 1962 and June 1964. In 1963 Rauschenberg transitioned from predominantly black-and-white to a bright color palette. Rauschenberg completed these works through gestural application of oil paint. In some works, he experimented with collage, such as his use of a deflated inner tube in Tadpole (1963). The silkscreen paintings were not conceived of as a series by the artist. 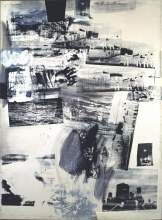 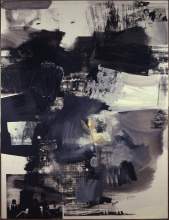 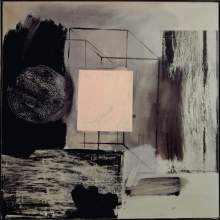 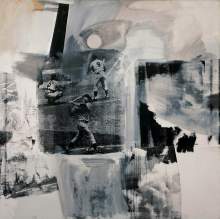 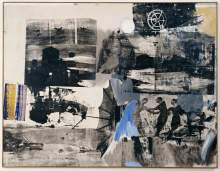 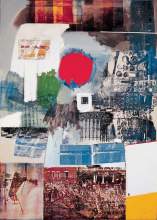 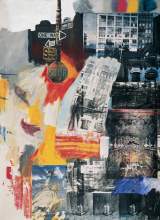 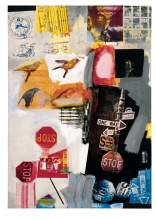 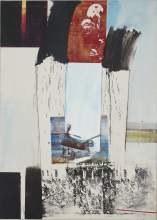 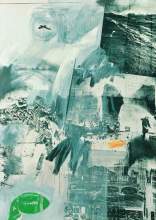 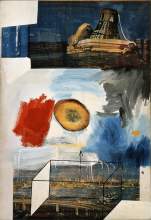 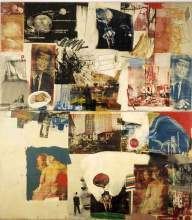 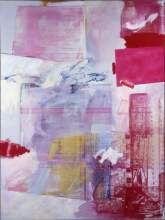